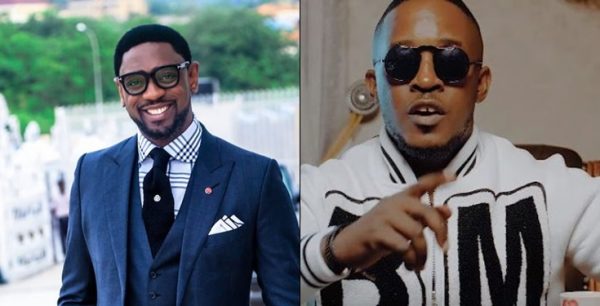 The rape allegation that hit the internet has got a lot of Nigerian celebrities reacting to the news, MI also had something to say, he tweeted,

If a so-called Man of God decides to rape Gods children!!! He must be called what he actually is.. a man of Satan!!!!

The Church of satan reacted to his post saying

However it’s exclusively men who consider themselves “of God” who try to blame a supernatural enemy for their disgusting actions, and the church covers for them, allowing them to do it time and time again. Imaginary friends and enemies get us no where.

‘I have NEVER RAPED before, not even as an unbeliever! in a new press he released. 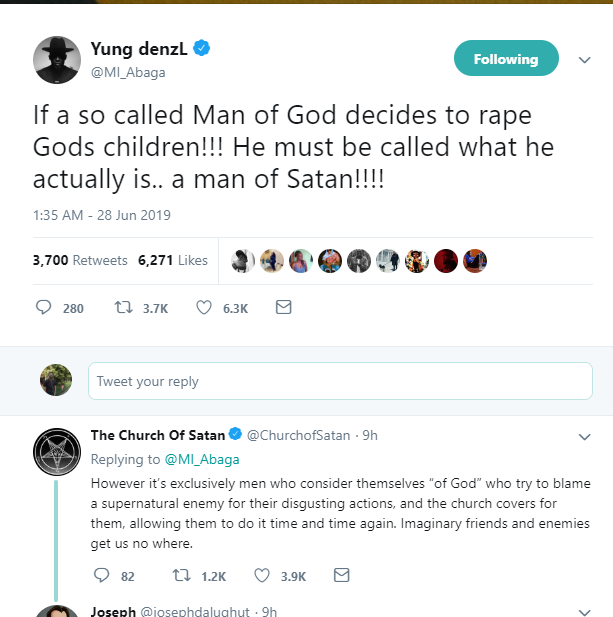