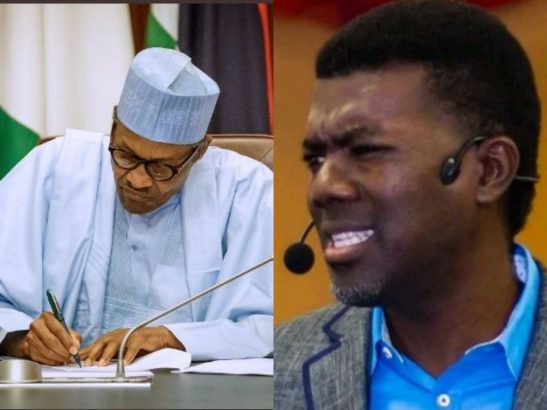 Reno Omokri has again come for President Buhari saying there is a reason he believes the president has been a nuisance in the last 96 hours.

Not long after the president was sworn in, he travelled to Saudi Arabia for an OIC meeting and returned to Nigeria yesterday.

Reacting Buhari’s travels, Reno Omokri stated that it makes the president a nuisance. In his words;

‪So ironic that @my hammadubuhari has not set foot in Nigeria since his swearing in for a disputed 2nd term. Cyril Ramaphosa constituted his cabinet within 96 hours, while Buhari has only constituted himself as a NUISANCE in his first 96 hours. A NUISANCE because for the last 96 hours, he has been in Saudi Arabia teaching Organisation of Islamic Cooperation how to fight terrorism, while terrorists are killing his people back home‬

Buhari was sworn-in for a second term in office on Wednesday the 29th of May.  The elaborate ceremony will be taking place on June 12 which has been declared as the new Democracy day.