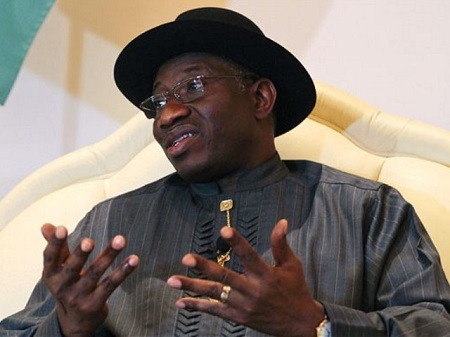 Many Nigerians especially past and present students of the school blatantly kicked against the move to change the name of the institution.

There were protests everywhere and the decision was rescinded a few days after.

However, President Muhammadu Buhari in the course of the June 12, Democracy Day celebration in Abuja on Wednesday declared that the National stadium in Abuja will henceforth be known as the Moshood Abiola Stadium.

See how some Nigerians have reacted below

Goodluck Ebele Jonathan proposed renaming the University of Lagos to Moshood Abiola University and everyone including the then opposition kicked against it and being a gentleman that he was, he hearkened to the voice of the people.

How do I explain to my children that some clowns protested angrily when GEJ renamed a state of the art University of Lagos after MKO which forced him to reverse it & these clowns are celebrating PMB for renaming a dilapidated,abandoned and non functional Abuja stadium after MKO

University of Lagos is a bigger and befitting honour than a poorly maintained national stadium. Just saying.

Why unilag outta all school?? they wouldn't have kicked against GeJ movements on changing university of Lagos to maulag, if he had choose to change the name of d stadium, Who gives a f about a stadium???