Nollywood actress, Regina Daniels and her mother, Rita Daniels have been embroiled in controversy since the teenage star’s marriage to the lawmaker, Ned Nwoko.

A relative of the man claiming to be Regina Daniels’ father, Ojeogwu Tony Molanto, shared a throwback photo of his visit to the actress’ family.

The man and Rita Daniels had engaged in a heated exchange on Facebook before the man threw up a surprise to counter the claims of the actress and her mother.

Ojeogwu Tony Molanto shared a throwback photo in which he alleged that they never abandoned Rita Daniels as claimed. 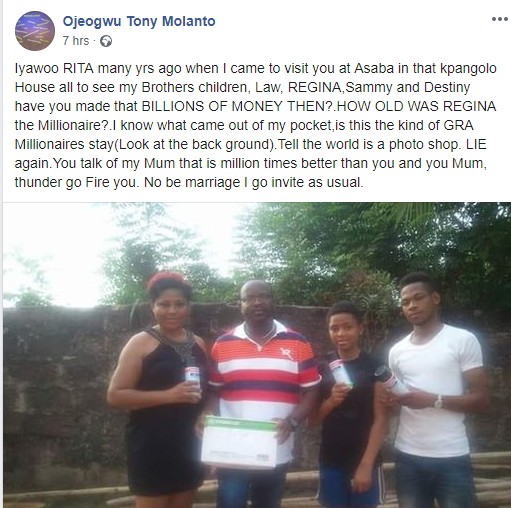