Rufus Giwa Polytechnic, Owo, Ondo state has shut down the Institution indefinitely according to the circulation by the acting Registrar. 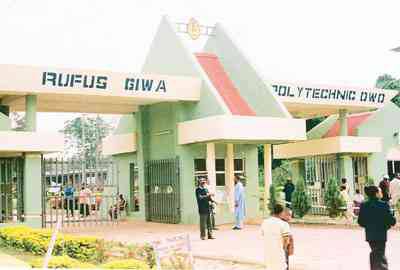 According to the circulation signed by the acting Registrar of the school, Sule Atiku, he advised the students to vacate the school before 3 pm, not stating the reason behind the shutdown.

It has been rumoured however that the Ondo state-owned school was shut down due to the issues of the industrial relationship between the management and trade unions of the institution.

In the Registrar statement, he said;

On behalf of the Governing Council/Management, i have the mandate to announce to the general public that the Rufus Giwa Polytechnic Owo is hereby closed down until further notice.

“In view of this development, I wish to intimate that all the students of the institution are hereby advised to vacate the institution not less later than 3 pm today, Tuesday 18th June 2019.

“This closure has become imperative in order for the council/management to forestall the break down of law and order.”