The incumbent Governor of Lagos State, His Excellency, Babajide Olusola Sanwo-Olu has discarded rumours that there is bad blood between him and the former governor of the state, Akinwunmi Ambode.

Tension seems to arise whenever Sanwo-Olu and Ambode names are mentioned together in a gathering since the loss of the former governor during the primary elections in 2018.

However, taking giant strides to dispel the purported enmity, Babajide Olusola Sanwo-Olu took to his social media page to wish the former number 1 citizen of Lagos State, a wonderful birthday. 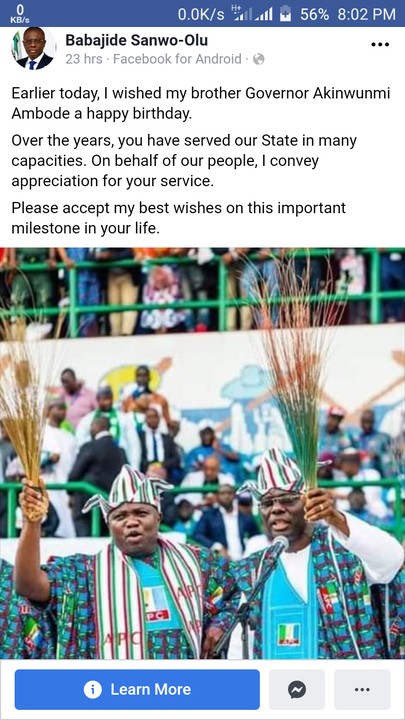