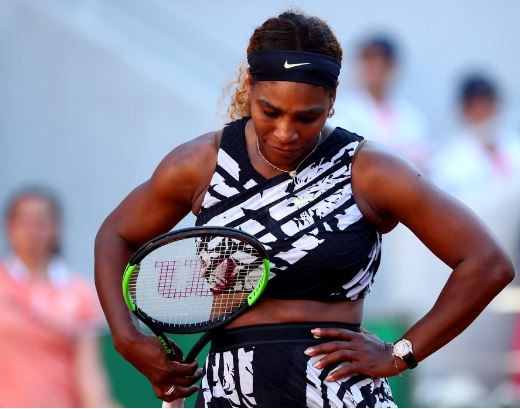 Tennis Champion Serena Williams has been knocked out of the French Open.

Reports have it that Williams‘ bid to win a record-equalling 24th Grand Slam title never came to pass on Saturday after she was knocked out of the French Open 6-2, 7-5 by 20-year-old Sofia Kenin in the third round.

This is the 37-year-old’s earliest exit at the Slams since a third-round loss to Alize Cornet at Wimbledon in 2014.

Kenin, who is the’s world number 35, will face eighth seed Ashleigh Barty of Australia for a place in the quarter-finals.