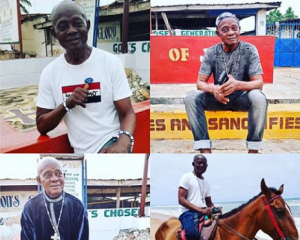 A 72-year-old cleric, Jacob Ade Farinmade, has been arrested for impregnating, killing and burying of a young lady named Bunmi.

According to the victim’s dad who reported the case at the police station, he said he sent the deceased to live with her mother after she was rusticated from Babcock University in 2014.

He added that the mother then took her to the cleric without his consent for deliverance and cleansing.

Trouble, however, started when he didn’t hear from Bunmi for a while and he reached out to the mum who then took him to the cleric’s place.

The cleric subsequently showed them the shallow grave where he buried the said lady. The police upon interrogating the man discovered that the lady was pregnant before her demise and the man claimed ownership of the pregnancy.

The investigation further revealed that the cleric has 10 wives in his house before adding Bunmi to the list.