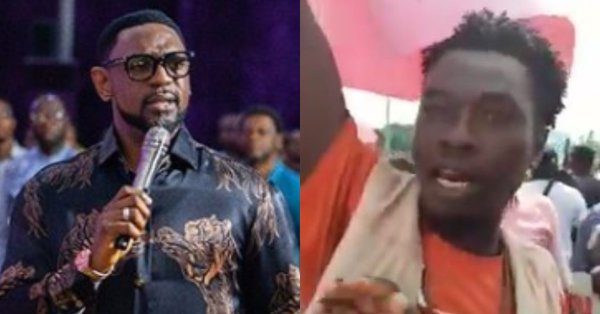 An Abuja based man has claimed that he was given ten thousand Naira to stage a protest in order to counter the move of people who came to protest in the church premises on the ground that the senior pastor of the church, Biodun Fatoyinbo, must step aside.

According to the man who made this known while fielding questions from journalists, he said he was offered the said amount of money and soft drink to counter the protest which took place in the church premises earlier today.

However, the main failed to mention who gave him the money for the protest in the course of the interview.