Imade’s mom revealed that Davido is a wonderful father despite the fact that he got on her nerves during the pregnancy stage.

Sophia Momodu and Davido have been seen together and praising each other in recent weeks.

Also Read: CDQ Celebrates Masterkraft On Father’s Day, Says He Rebuilt Him After His Father

The duo got together for Imade’s product launch for her hair cream, and Davido also celebrated her during her birthday.

Sophia thanked the Afro-pop star for proving to be a good father. She wrote: 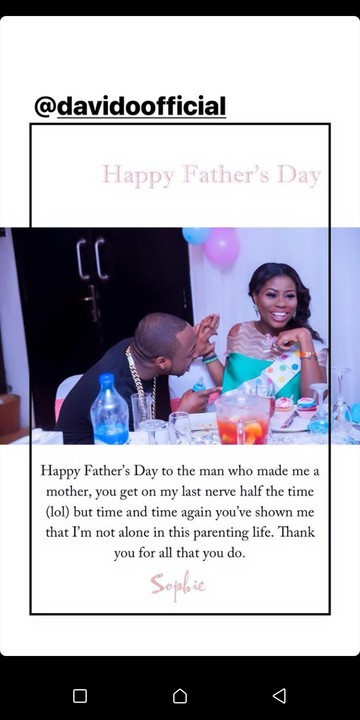