US-based Nigerian rapper, Speed Darlington took to Instagram to share how much he has made from music sales, ahead of the release of his new single ‘Akamu’.

Speed Darlington who has been popping singles revealed that he has made much from his hit song ‘Cash and Carry’ in all his music sales.

Also Read: Between Tonto Dikeh and a troll who said she looks old

The way #BangDaDaDang! Was popping heavy for 5 months stright I thought by the time I captured this screen shot 6 months ago I would thought it sold than the rest. But #CashAndCarry is the true king. Will submit Akamu for distribution today 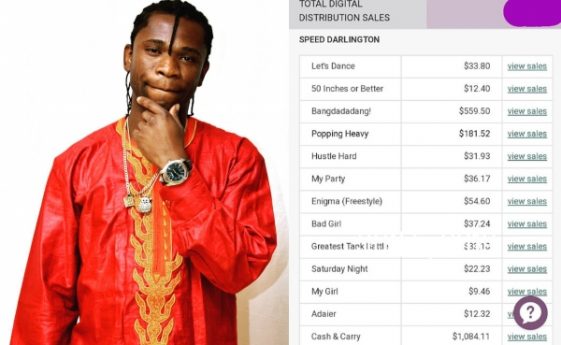