Home Politics Statement attributed to Osinbajo on kidnapping an affront on the spirit and...
Facebook
Twitter
WhatsApp 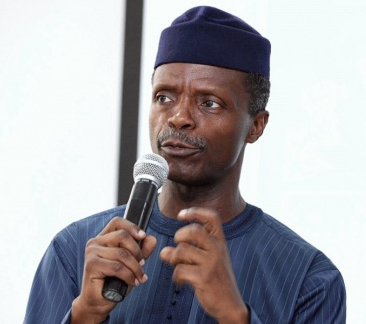 The lawmaker who represented Kaduna Central in the 8th Senate, Shehu Sani has joined thousands of Nigerians to condemn a recent comment, Vice President Yemi Osinbajo was said to have made in the United States on the rate of kidnapping in Nigeria.

While addressing some Nigerians in New York as part of his official visit to the U.S,  Osinbajo was quoted as saying that the rate of kidnapping in Nigeria was exaggerated.

However, the presidency in a statement on Tuesday, rose to clarify the comment attributed to the VP, saying nowhere did Osinbajo use the word “exaggerated”.

Sani in his reaction described the comment as an “affront on the spirit and sensibilities of the dead.”

I have a lot of respect for the VP but the statement credited to him on killings and kidnappings is an affront on the spirit and sensibilities of the dead and the living victims of this continuous violence.