The Oyo State Police have arrested two suspects, Taiwo Salami and Kamorudeen Amusat, who allegedly hypnotized a sales girl and collected the N1.4 million her boss sent her to deposit at the bank. 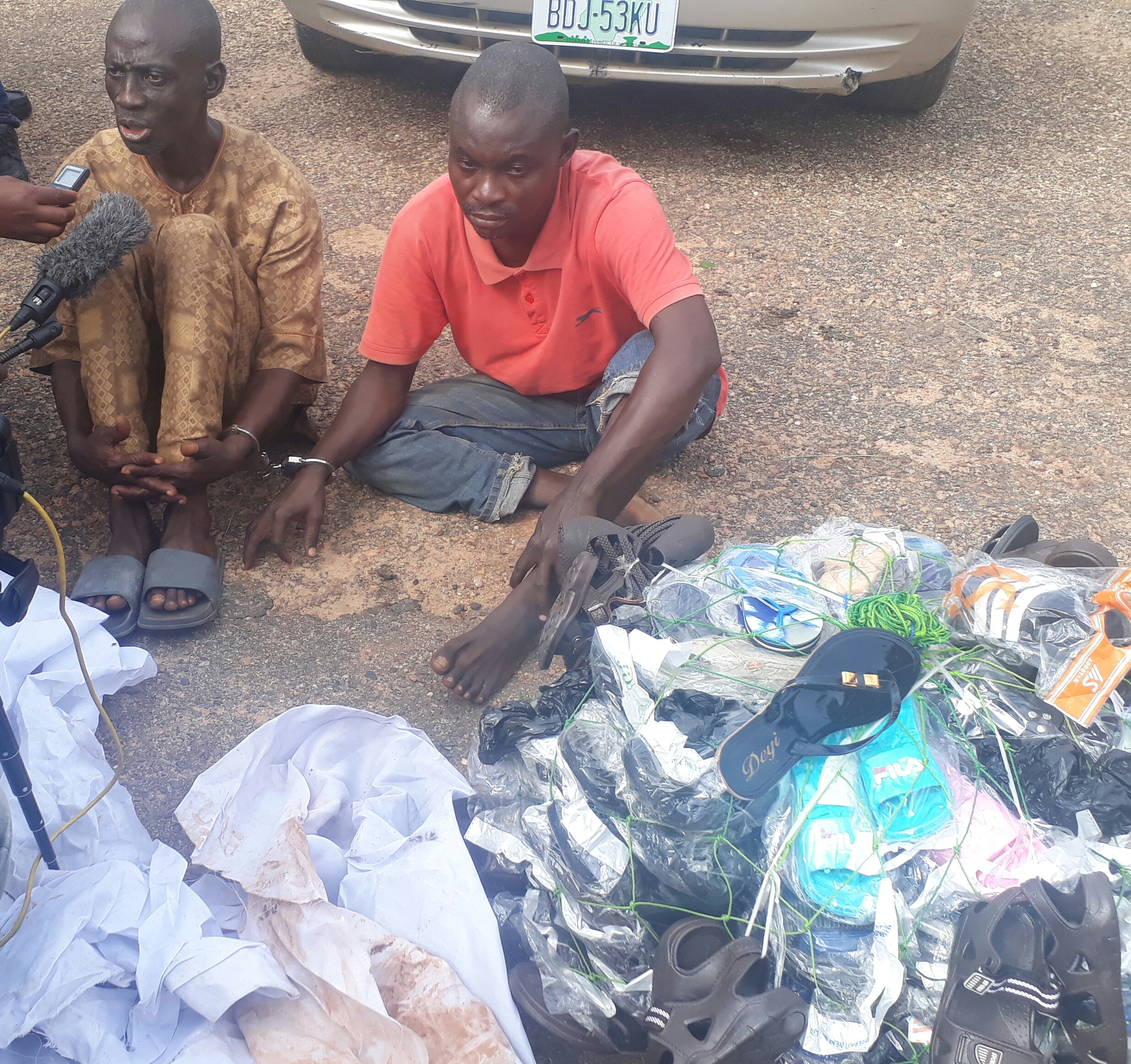 The Two suspected were paraded before newsmen on Thursday, June 13th as the State Commissioner of Police, Shina Olukolu said the suspects have been apprehended and will be charged to court upon conclusion of the investigation into their crime

The State Commissioner of police explained;

“On her way, she was accosted by one of the suspects, Taiwo Salami, who hypnotised her, and having lost her senses, she was taken to an abandoned house at Inalende area of the city, where the cash was collected from her, while the suspects also inflicted several injuries on her.  On May 8th, the victim’s family members reported her disappearance at the divisional police headquarters at Mokola. She was later rescued and taken to the hospital for medical attention.

“The case was then transferred to the State Criminal Investigation Department, and on June 7th, following a tip-off, the suspects were arrested around Eleyele, and upon interrogation, they confessed to the crime.”

One of the suspects, Salami, said when he saw the victim, he sensed she had money and that was how he approached her and hypnotized her.

“She then followed me to Inalende area, where she was kept in a room in an abandoned building and the money collected from her.”