Nollywood actress Mercy Aigbe has gotten more than she bargained for over her recent social media activity.

The mom of two had taken to the comment section of a post made by the Lagos state governor Babajide Sanwo-Olu commenting under it and hailing the governor.

Many of the governor’s fans immediately bashed the actress asking that she lets the governor be and not make him lose a second term when the time comes.

Recall Mercy was alleged to be dating former governor Akinwumi Ambode whom many claimed is the one who bought her the mansion she flaunted online last year. 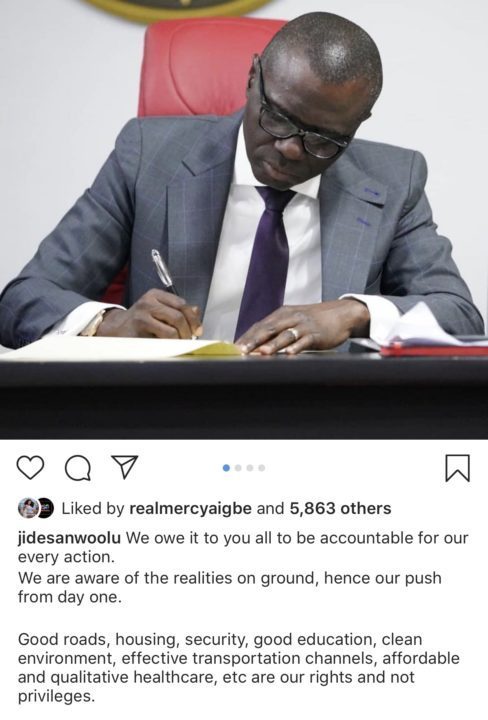 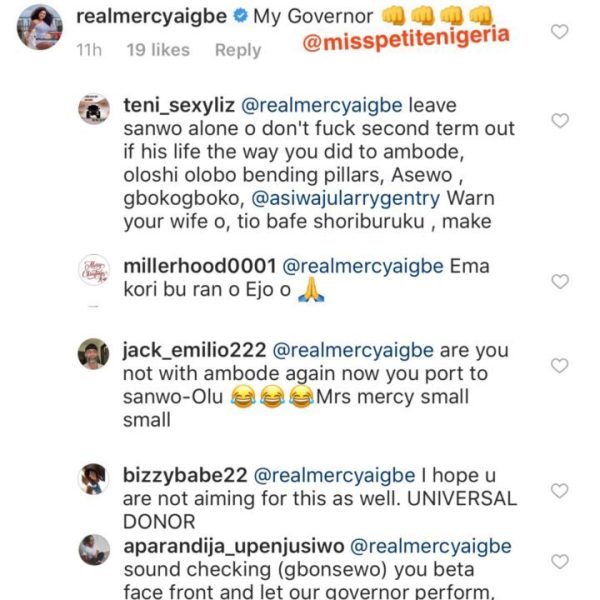