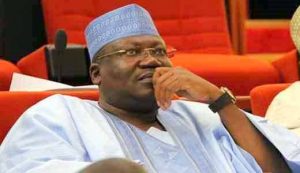 Senate President Ahmed Lawan has shared that there is nothing called ”Jumbo package” in the National Assembly.

According to the Yobe born senator who made this known while receiving the senators’ form at his office today, June 25th, he said his salary is just N750,000.

“What I want to emphasize here is that  I never believed that there is anything called jumbo pay to the national assembly.

“The National Assembly members, both the Senate and the house (of representatives) receive what is their salaries and I receive N750,000 as my salary.

“But I need to function as a senator, my office needs to be properly funded.”