The CEO of the record label, Made Men Music Group (Triple MG), Ubi Ekapong Ofem aka Ubi Franklin, has a message for those trying to stain his hard-earned reputation. 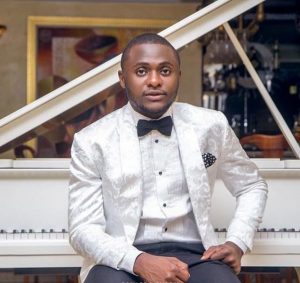 Recall, news broke out that he duped Nigerian pop singer Davido and his girlfriend, Chioma. Apparently, the rumours were largely fueled by an Insta-story post made by Chioma where she revealed her intention of suing an unidentified person.

ALSO READ: Davido Set To Launch His Own Android Game ‘The Money Run’

Reports claim that the Triple MG boss was allegedly paid to facilitate a cooking show sponsored by an Abuja based brand but failed to deliver the show. Thanks to Davido, Ubi was vindicated. Davido reacted to the reports by simply describing it as false.

The singer has a new message for those peddling the rumours. 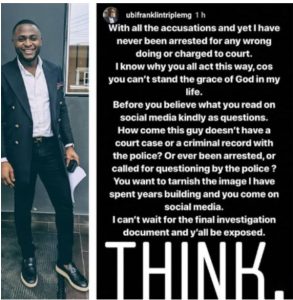