Tijjani Muhammad-Bande has been elected to head the United Nations, General Assembly. The election took place at the 87th plenary meeting of the Assembly in New York on Tuesday the 4th of June 2019.

The former Vice-chancellor of Usman Danfodiyo University, Sokoto is the second Nigeria to hold this position after Joseph Garba, a retired military officer between 1989 and 1990 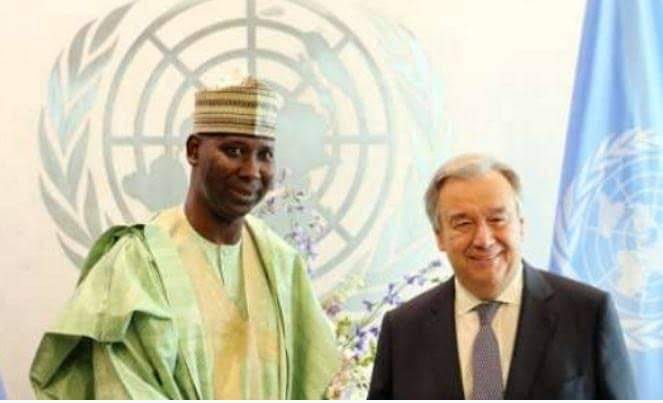 My sincere congratulations to HE Mr. Tijjani Muhammad-Bande #Nigeria, for his election as 74th #UNGA President. Amb. Tijjani brings with him an outstanding career both as scholar & diplomat. My team & I will be at your disposal to ensure the smoothest transition possible #UN4ALL

READ ALSO: Another Discovered £211M loot by Gen. Sani Abacha’s Has Been held In Britain