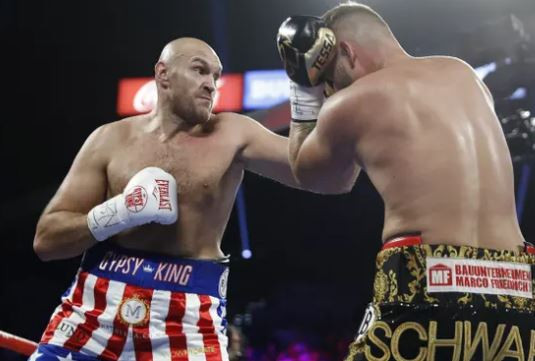 The ‘Gypsy King’ dropped his German opponent to the floor winning the match which is a great win following his loss to Deontay Wilder in December.

Fury has announced his return to the ring in either September or October this year. This announcement comes after his victory last night.

“I came here to have fun and put on a show and I hope everybody enjoyed it as much as I did. We have got either September 21 or October 5 next and then next year we’re going to hunt down Deontay Wilder for that green belt” Fury said.