A 20-year-old Girl identified as Makoduchukwu has been arrested by the Anambra police for allegedly stabbing her husband to death in their home at NO. 16 Donking Street, Nsugbe in Anambra East LGA of Anambra State. 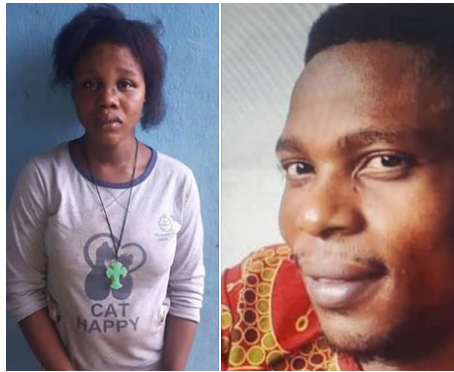 Her husband, John Bosco Ngu was said to have been stabbed by his wife which a sharp knife on his chest according to the Anambra police command.

the Victim was said to have been rushed to Borromeo hospital for medical attention but was confirmed dead by the medical Doctor by the time he arrived at the hospital.

The suspect, Makoduchukwu has been reprimanded in the police custody and will be charged to court soon.