The president of Turkey, Tayyip Erdogan, was the best man at German and Arsenal footballer, Mesut Ozil’s wedding on Friday.

Last year, Mesut Ozil was at the end of a backlash in Germany when he took pictures with President Erdogan before the World Cup.

The 30-year-old later quit international football, citing the “racism and disrespect” he had experienced over the pictures.

Mesut Ozil married his fiancée, former Miss Turkey, Amine Gulse, at a luxury hotel on the banks of the Bosphorus.

This new development has not gone down well with people in Germany, even the Chancellor of Germany, Angela Merkel has called the footballer out. 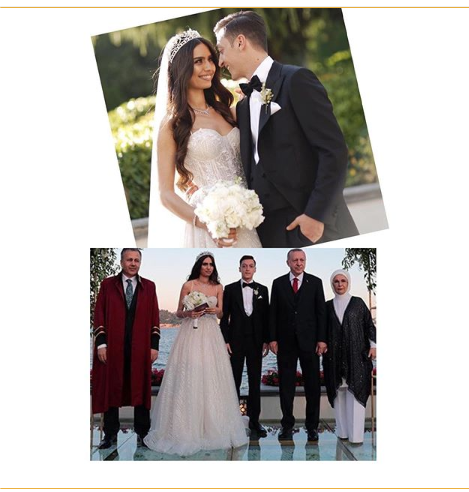