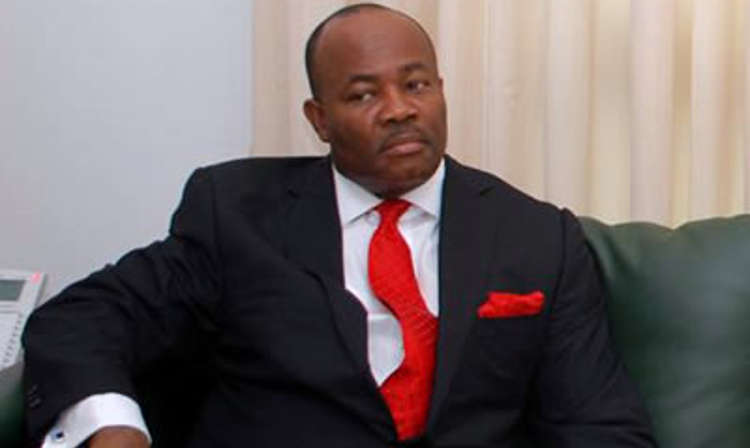 Former Governor of Akwa Ibom, Godswill Akpabio, and senator who represented Akwa Ibom north-west district in the 8th assembly, on Sunday, said God will soon expose those who “fraudulently orchestrated” his defeat in the last national assembly election.

Akpabio said this while speaking at Ukana, Essien Udim local government area of the state as he empowered some members of his constituency.

The former governor accused Mike Igini, resident electoral commissioner of the state, of conniving to snatch the mandate freely given to him.

According to him, Igini is the “most compromised electoral officer in Nigeria and should not be allowed to hold public office”.

“Please nobody should have any headache, nobody should cry because there is no need. You know your senator cannot lose the election because we were all there,” he said.

“But many of them thought they can go and write whatever they like and even cancel what you won. I have never in my life experienced a resident electoral commissioner like Mike Igini and my message to him is that his hypocrisy will be exposed.

“There is no way you can come into Akwa Ibom and commit that kind of electoral fraud you committed then you go back to Channels Television and sit down and talk as if you are a pope.

“Very soon the world will know… All the materials we are recovering every day will expose you.

“Just yesterday, the police arrested people carrying materials from where they voted and were trying to sneak into INEC. The other day, they arrested someone with card readers. He was frantically calling and trying to say that they were used for training three months after the election so that they will continue to manipulate.”

”For me, it is important as a former governor and elder statesman to join the President to sanitize the electoral process so that we will ensure that votes count in future elections,” he said.

”There is no need for Nigeria to continue taking one step forward and five steps backwards.”