It seems Beyonce’s daughter, Blue Ivy Carter is following in her mother’s footsteps as she stunned at her dance recital at the Debbie Allen Dance Academy, Los Angeles, USA. 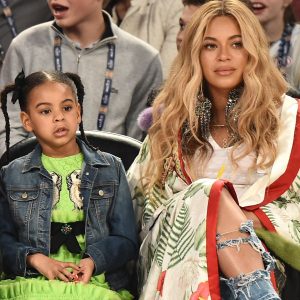 In a video which emerged online, she was recorded performing traditional African dance moves at the recital and she stole the show.

ALSO READ: “I Will Expose My Abuser, He Is Even In Abuja.”- BBNaija Ifu Ennada

Blue Ivy, 7, and her peers donned a white tank top and a pair of white trousers. They also had a piece of African print material tied around their waist as they danced to the drum beat.