Formal Chelsea player, Eden Hazard has been officially unveiled as a Real Madrid player to at least 50,000 fans at the Bernabeu stadium. 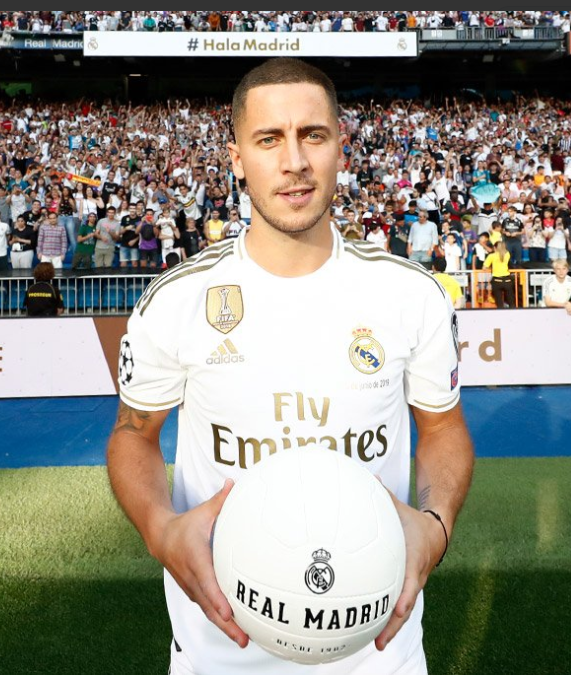 The 28-year-old Belgian who signed a five-year deal with the Galacticos for a club-record transfer of £130m with all bonus payments included was welcomed at the Bernabeu stadium with over 50,000 audiences cheering and applauding the playmaker.

The new player, however, has not been given a jersey number but it largely rumored he will be getting the number 10 jersey.

The Belgian ace has said it has always been his dream as a young boy to play for the Spanish giants Real Madrid.