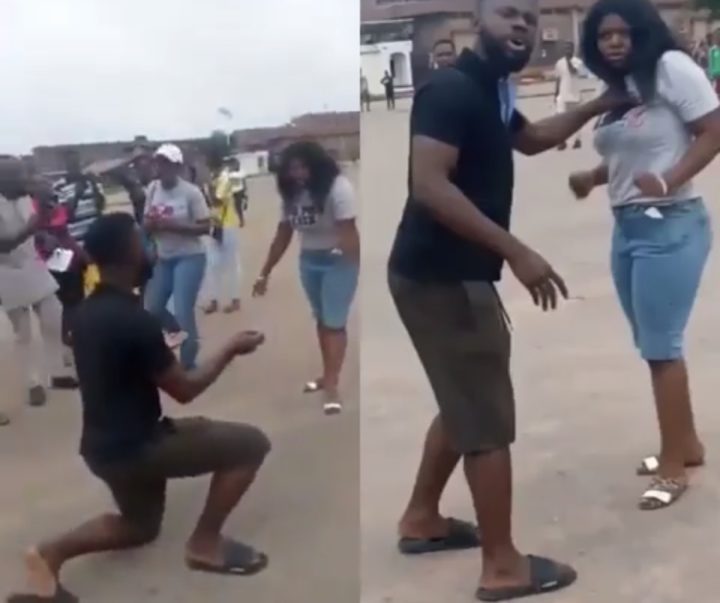 Some bystanders got more than they bargained for after witnessing a man beat his girlfriend.

According to a viral video, the young man got really upset after his girlfriend rejected his marriage proposal prompting him to go berserk and resort to beating her.

The girl in the video was heard saying;  “No,I don’t want to marry you” despite spectators urging her to say yes .

In no time the young man flared up and could be heard saying; “How can you say no?You dey mad? , pulling her close to him, he went on to strike the young lady before proceeding to before hitting her and removing remove her wig
Watch the video below;

😳😳😳How can you say no? You dey mad? -For publicly rejecting his marriage proposal, Nigerian man beats his girlfriend and snatches her wig (Is this for real????)😮