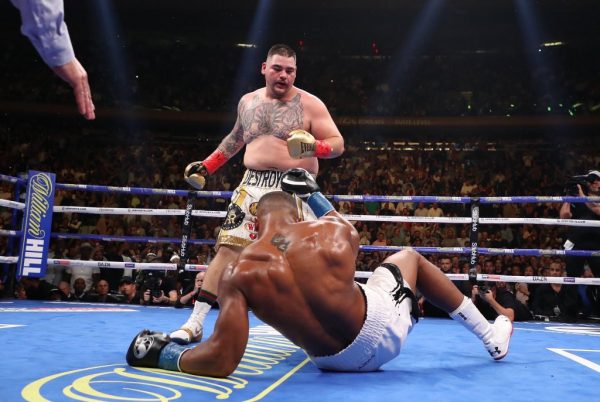 Anthony Joshua was completely beaten by Andy Ruiz during their much talked about the fight which took place at Madison Square Garden in New York on Saturday night.

Anthony Joshua began the fight in impressive fashion as he floored Ruiz in the third round of the match before the Mexican-American took charge of the fight.

He went on to floor Joshua four times before dealing with him endlessly in the 6th round and waited for the 7th round to knock him out with a heavy punch.

Antony Joshua tried getting back on his feet but his wobbled legs prevented him from getting up.