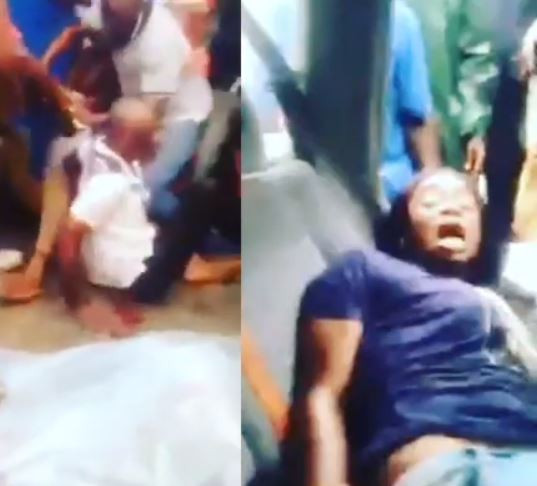 A viral video online has shown a woman tied up with her son.

The woman in the video was seen tied up at the back of an SUV before she was rescued by passersby who heard her cry out for help from the moving car.

According to her explanation, ‘my husband and his friend were on their way to use us for money rituals before we were rescued in Surulere, Lagos’.

She also went on to say that her husband has allegedly used two of their kids for rituals already.

My husband is a ritualist – Nigerian woman who was tied up at the back of a Jeep cries out after she was rescued!