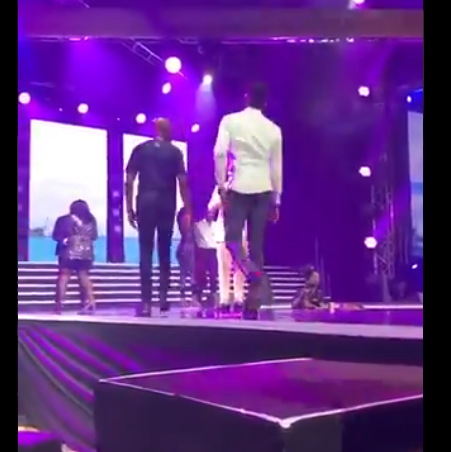 It was indeed a night of fun at the just concluded The Falz Experience 2′ which saw so many celebrities turn up to show rapper Falz some love and support.

The event was packed full of surprises and skit to include one which saw a few celebrities like Basketmouth, IK Osakioduwa, JJC Skillz, mount the stage to join the Sweet Boys Association, a move their wives kicked against instantly.

Not long after the men climbed the stage, their wives followed behind and dragged them off the stage.

Watch the hilarious clip below;