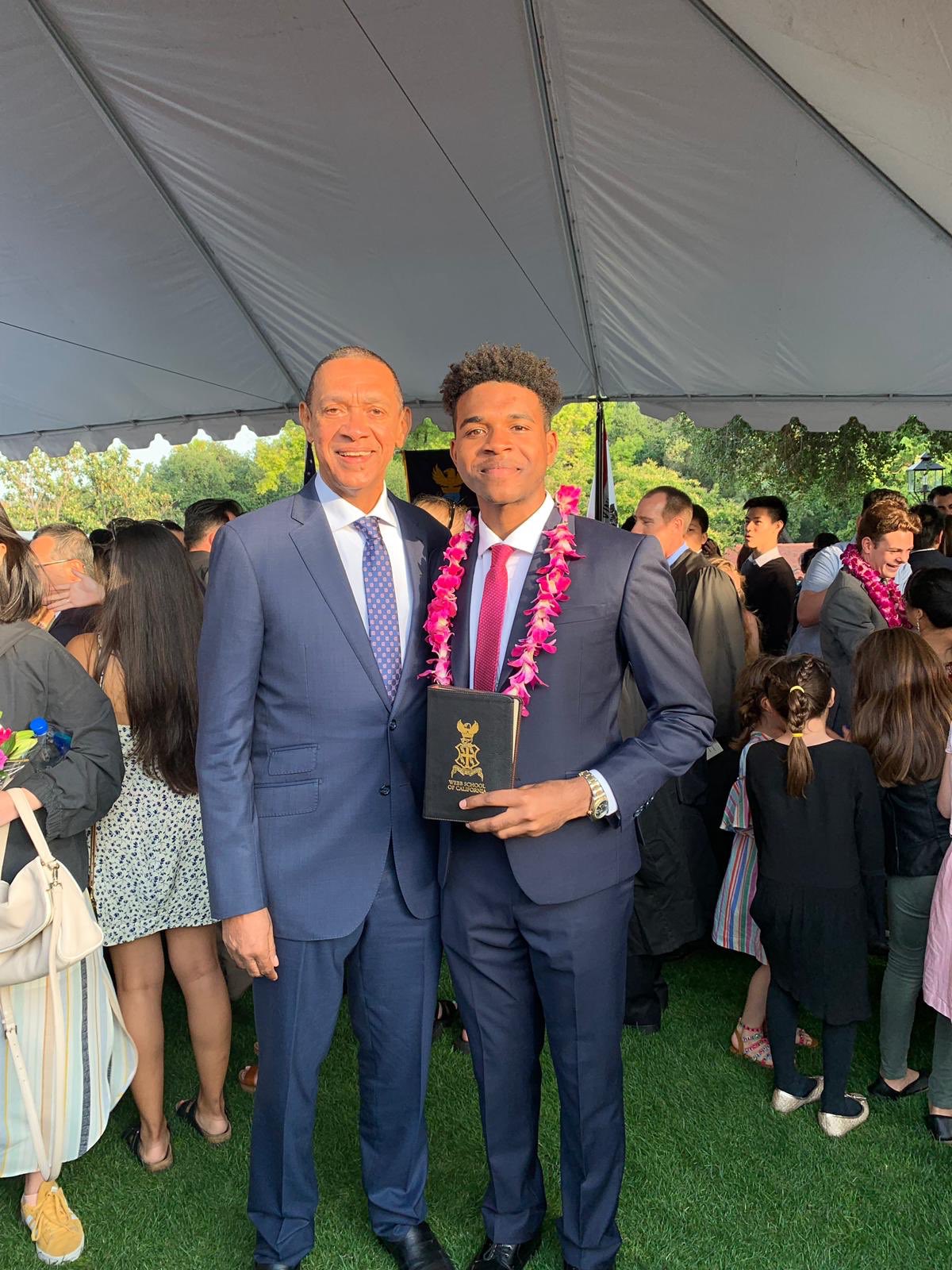 Outgoing Senator, Ben Murray Bruce representing Bayelsa State didn’t envisage the number of swipes that would be thrown at him when he shared graduation photos of a son.

The lawmaker who wouldn’t part of the next assembly to his Twitter handle to shared photos of his Cody Murray Bruce, who had just graduated from a school abroad.

One after the other, Nigerians took to the comment section to call out the lawmaker, who has been a frontrunner of “buy Nigeria to grow the Naira” campaign for his “hypocrisy”. The asked why his son didn’t attend one of the secondary schools in Nigeria.

See some reactions
@Omoteelenah: wrote; What happened to the schools in Nigeria?

@Mikejonah247 wrote: Why are you trying to defend an obviously indefensible thing? If you know what @benmurraybruce advocates about #MadeInNaija, you will understand that double standard has no other definition than this. #Hypocrisy at its peak.

@tony4chucks wrote: Congratulations Cody, I was hoping that distinguish Senator Ben would patronize a Nigerian school. We need to start trusting our own like what you have been preaching.

@Yemikongi wrote: Common sense should have made him study back here in Nigeria.

@tervishi wrote: What happened to buy Nigerian to grow the Naira senator?

@KOdalumen wrote: Now I understand the meaning of your common sense, it’s only met for the poor and less privileged Nigerian not for the rich. Sir kindly play Falz hypocrite that song is met for you.

Another wrote: he is actually not going to answer all of this.
They deliberately would not advise theirs to school here in Nigeria. But would want to pass electric car bills in a country that cannot afford 3hours steady power… Rubbish