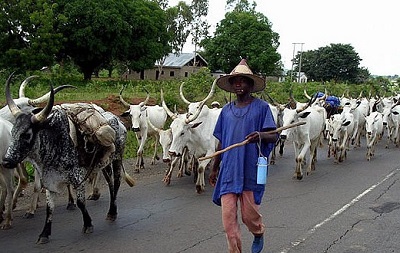 Nigerians have taken to Twitter to react to the proposal of the Miyetti Allah Cattle Breeders Association of Nigeria, to establish Fulani Youth Vigilante body in communities in the South East.

This according to MACBAN is to complement its host community counterparts and other constituted security.

This proposal has met with stiff opposition from Nigerians especially those from the Southeast region. While some are calling on the leaders in the region to stamp it’s authority against such proposal, others have accused Miyetti Allah of having an evil agenda.

When did Miyetti Allah become a pressure group that can make demands like the Labour Union? What is going on in this country?

The wise response to the Miyetti Allah’s plan to establish a vigilante group in the South East isn’t to shout/cry. It’s for Leaders of the Zone to strategically engage themselves & come up with a master plan; call forth your Bakassi Boys and set plans in motion to activate them.

@Olushola_shola wrote: THIS TERRORIST GROUP CALLED MIYETTI ALLAH ARE NOW REALLY SEEING THEMSELVES AS A CONSTITUTIONAL AUTHORITY. NOW THEY FEEL THEY SHOULD PROVIDE PROTECTION FOR THE REST OF WE ORDINARY NIGERIANS,OF COURSE JUST POSITIONING THEMSELVES NATIONWIDE FOR THEIR AGENDA.

Concerned citizens wrote: Miyetti Allah is not easterners and you are not from SE. You cannot go to a State where you do not belong to impose your decision on the people. Did we ask you in SE to assist us in forming vigilante group? You have your State, go back to your State and help your …people who are in need of the vigilante. The Fulani Herdsmen are ravaging Zamfara, Sokoto, Katsina, Adamawa, Yobe, Borno, Kaduna, etc. They need you there. We do not have problems of such in SE. We do not want your problems. By the way, which is your actual state in Nigeria?