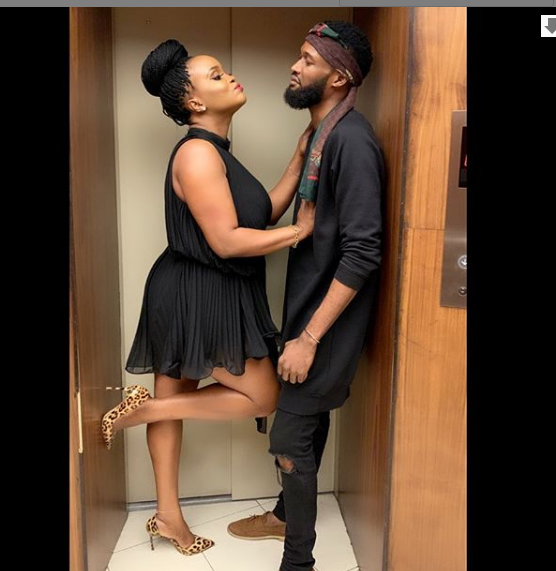 Nollywood actor Blossom Chukwujekwu’s wife Maureen has put a troll in her place after the latter took to her comment section to slam her over a photo posted on her page.

Maureen had shared a photo of herself posing with a man, not her husband.

Reacting to the picture, the troll stated posing with her a man that isn’t her husband is wrong.

Personally, I think it’s not everything you should post on social media as a married woman o matter the kind of trust ur hubby has for u. As long as he’s not ur husband’s blood brother or biological brother, my dear it’s not right… Let’s tell ourselves the truth.. one love

Personally abi??? Hun you are in no position to tell me what is right or wrong. Hell you don’t even know what’s right or wrong. Pls hun next time don’t bother going personal on me cos what works for you can never and will never work for me.