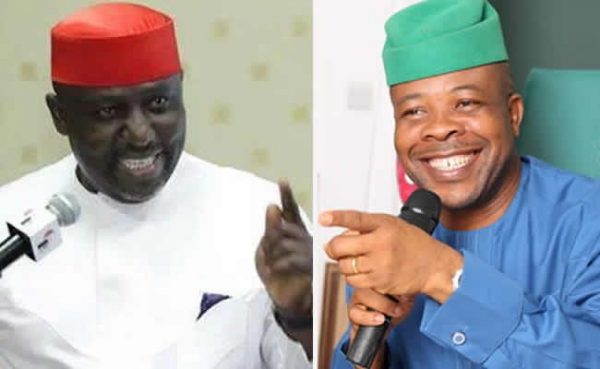 The member representing Imo West Senatorial district in the National Assembly, Rochas Okorocha, has called on Imo state governor, Emeka Ihedioha, to sack his chief of staff, Chris Okewulonu, for insulting him continually.

According to the statement he released through his media aide,  Sam Onwuemeodo, he said clearly the Chief of Staff’s action shows that he is unfit for the office.

“We want to swiftly call on Governor Emeka Ihedioha to sack Mr. Chris Okewulonu as Chief of Staff, Government House because he has shown that he lacks the composure or discipline and the right temperament such sensitive office requires.
“Mr. Okewulonu openly told the immediate past governor of the state, Senator Rochas Okorocha to shut up, which went viral in the media. For making such a callous statement about the immediate past governor of the state, Mr. Okewulonu only showed that he is highly irresponsible and never had any proper upbringing.