Nollywood actress Tonto Dikeh has again brought back her clapback side following the statement a fan made on her picture.

Tonto, who recently celebrated her birthday party thrown by her close allies had shared a stunning image of herself on IG causing many of her fans to comment.

A fan commented on just how beautiful the actress is, a comment that got the attention of the troll who supported the fact that she truly is beautiful but also stupid.

The troll went on to state that only a stupid person would act the way Tonto has been acting for a while now.

The actress wasted no time in responding to the troll, bringing the troll’s mum into the discussion. 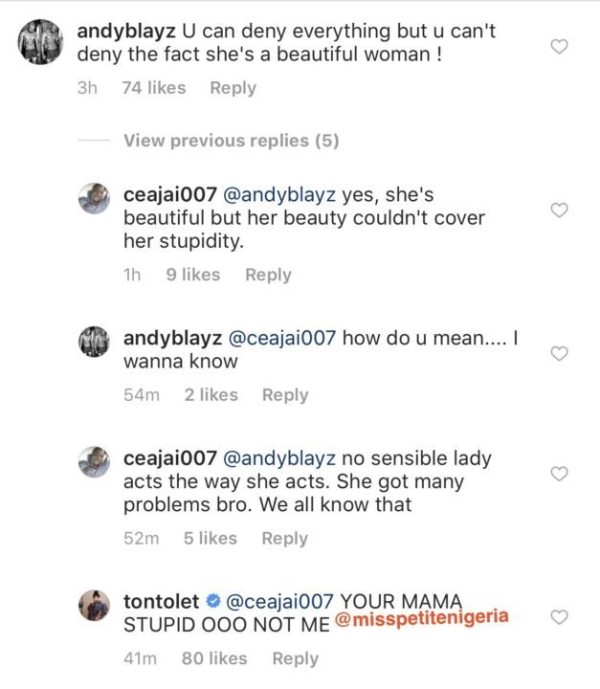