Home Lifestyle “You still need to be his chic even though you are his...
Facebook
Twitter
WhatsApp

House on the Rock founder, Pastor Paul Adefarasin’s Wife, Mrs. Adefarasin sermon has gone viral on Twitter as many Nigerians are talking about the pastor’s message. 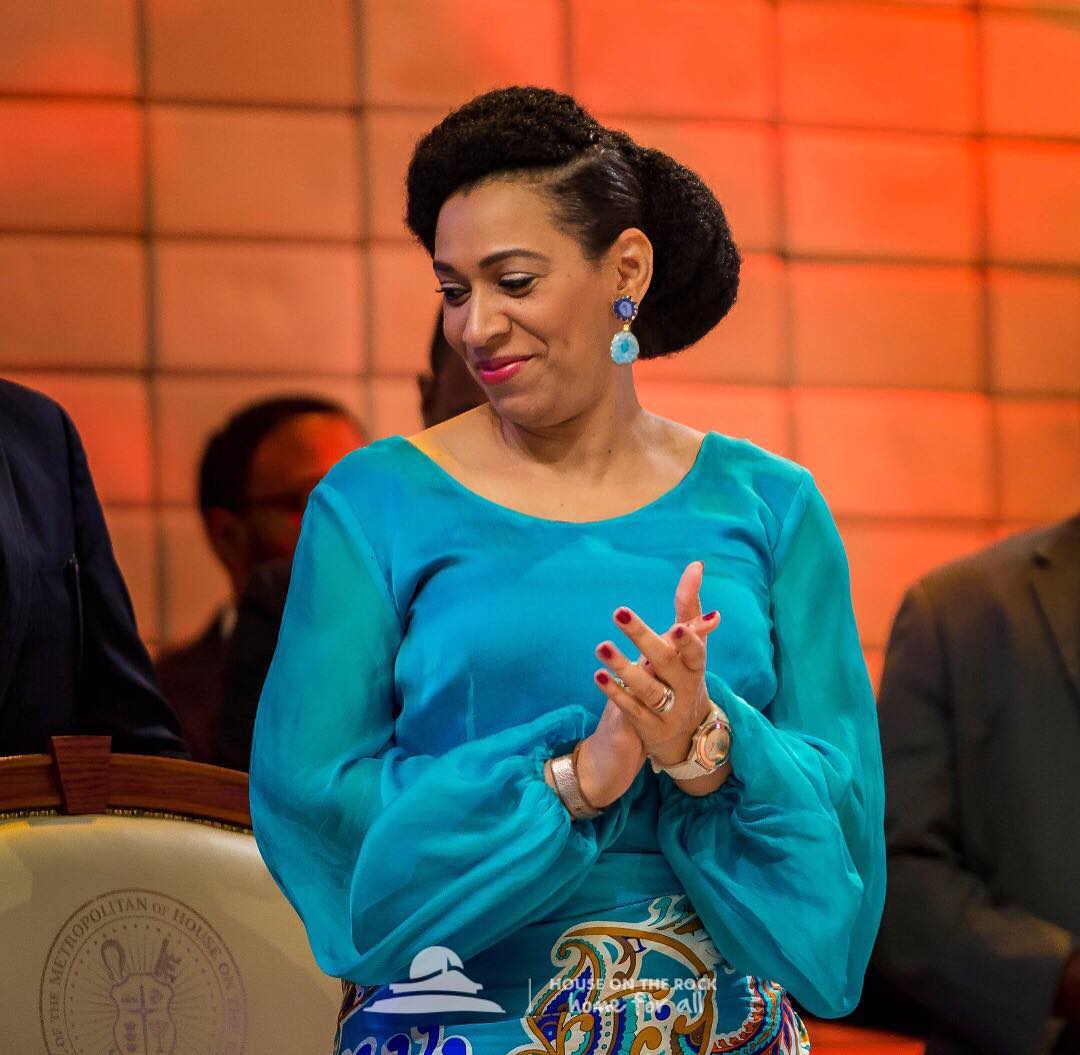 The former banker and beauty queen has a message for Christian women in church looking for a husband,  However, she has been getting some backlashes as well as applauds for her message,

Hmmm Pastor Ifeanyi’s right but what about she herself pic.twitter.com/06pkozrnVE

Everyone is congratulating Pastor Ifeanyi on her message about female dress codes when coming to church. But happens to her part of covering her hair while preaching? Or is 1Corinthians 11:5-6 not in her Bible? Double standards is killing the church.

…mentions it not to mock in an holier than thou way but to correct in a more humble we are all sinners way. Is it for the attention or she is angry her man got turned on sometimes? By their preaching we shall know them. So preach unbaise Pastor Ifeanyi…cuz u did same.

I just watched the videos of Pastor Ifeanyi and I can't see one thing wrong in the message. The problem is still that adults (who should act like one) do not like being reprimanded or told to act right. If you cannot dress appropriately to church, perhaps stay at home.

ALSO READ :[FULL STORY]: Woman Who Was Thrown Out Of Moving Bus resuscitate From Coma