Afro-pop single Zlatan Ibile has responded to a post by Instablog alleging the singer and Nigeria socialite Hushpuppi using the same car on social media. 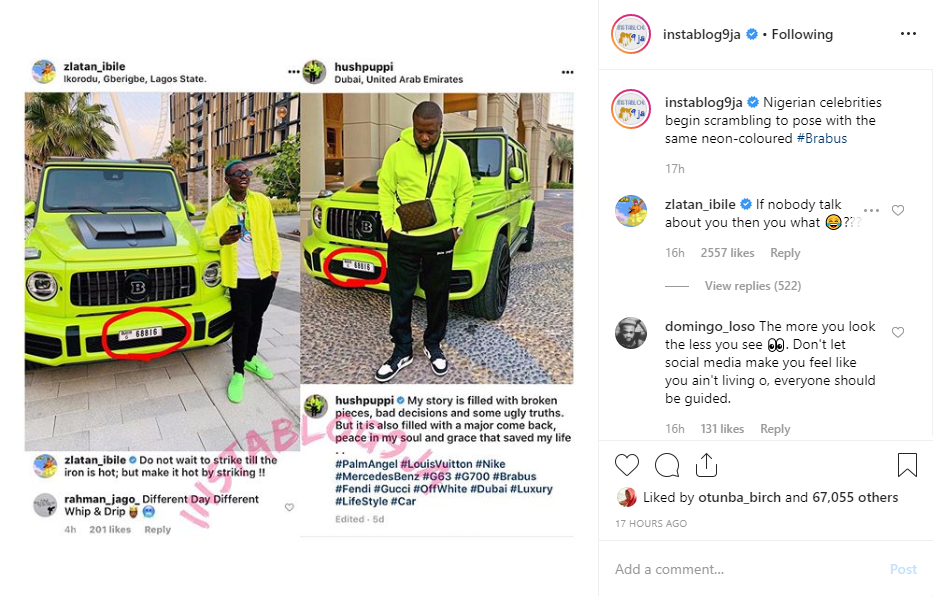 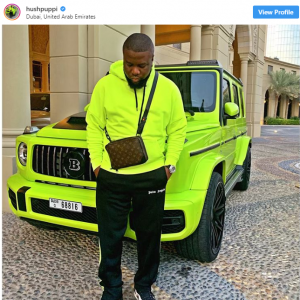 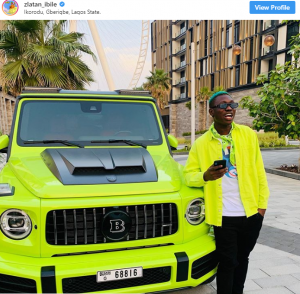 Recall that Hushpuppi snapped with a Brabus Neon coloured jeep to and posted on the Instagram page, the same car was also posted by Zlatan ibile some days ago with the same car. The car which has the same plate number has been said to be neither of them ride.

Zlatan Ibile said on the comment section of instablog9ja “if nobody takes about you,  then you are what”.