A 30-year-old man identified as Olawoyin Segun has been arrested by Ogun state police for allegedly raping a 16-year-old girl in Ibafo area, on June 28th, 2019. 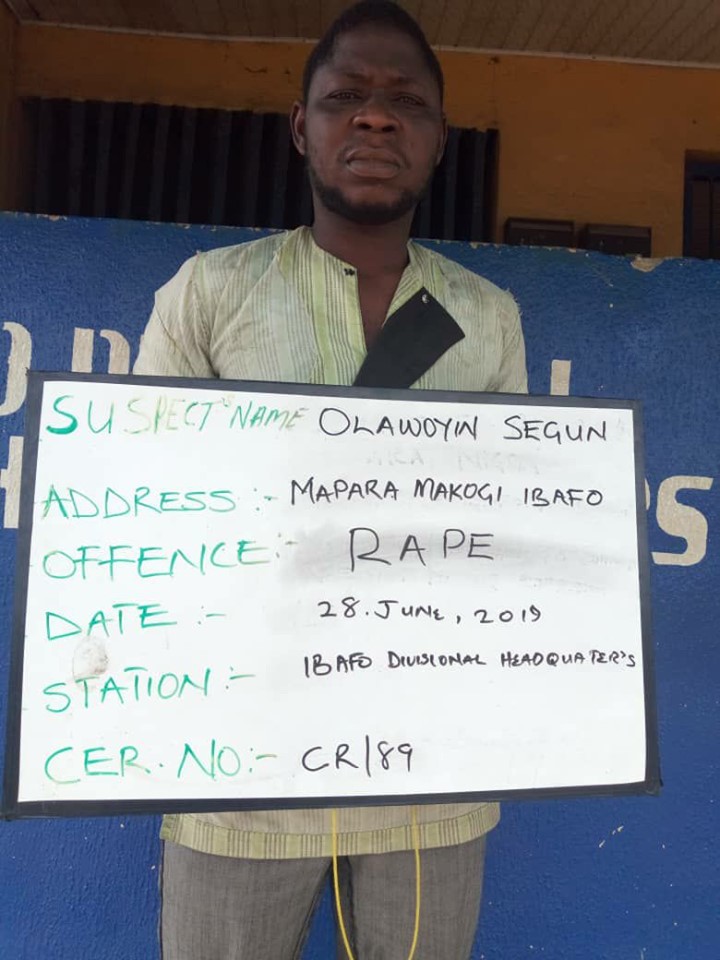 ALSO READ: Kim Kardashian Gets Blasted By The Japanese For Calling Her New Underwear Brand ‘Kimono’

The victim, name withheld, who claimed the 30-years-old man defiled her reported the matter to men of the ibafo police station immediately after he raped her, she explained that the suspect forcefully grabbed her having carnal knowledge of her and forced himself on her despite her agitations.

The suspect who confessed to raping the teenage girl is said to be a family friend of the victim, he explained that he visited the victim’s home about 1:30 pm on June 28 and asked after her parents and upon realizing that they had gone to church, seized the girl and raped her.

The DPO Ibafo Division, SP Abiodun Ayinde, said in a briefing that the suspect has been arrested and will be charged to court soon.