Chairman of Nigerians in Diaspora Commission, Mrs Abike Dabiri-Erewa, has reacted to the claims by singer Timi Dakolo that “some strange men” made attempts to invade his Lagos residence. 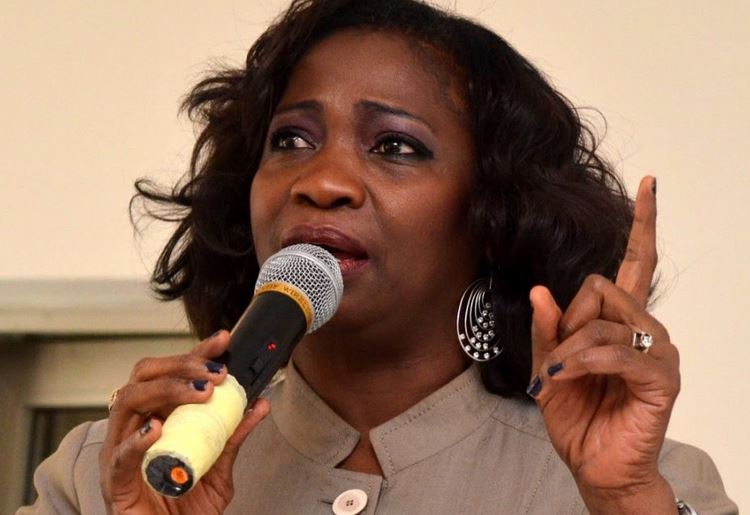 Information Nigeria reported that the singer and his wife, Busola, were intimated and threatened as the men in the bus were armed.

The police on Saturday, however, confirmed that their men were sent to serve official invitation letter on the duo for questioning over alleged falsehood.

Reacting to a tweet by Mrs. Aisha Buhari, which read:

“Fully supported. #SayNotoRape. We hope not true that Police intimidating the Dakolo’s. I believe in you @PoliceNG. Pls don’t let us down. One of the reasons victims of Rape keep quiet. This is the tipping point!! Not anymore. Thank you @aishambuhari for your leadership in this.” 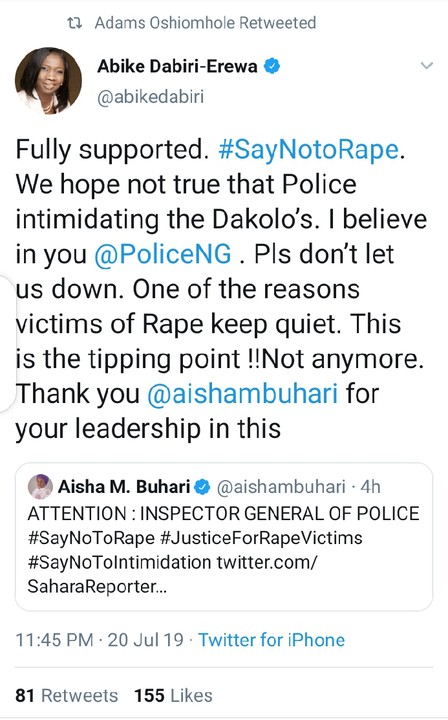