Nollywood actor, Yul Edochie, has taken to his Instagram page to reveal that he is back in Lagos after his long stay in the East to get treated after surviving a ghastly Auto accident some weeks back.

Weeks later, Yul Edochie says, he will be missing from work for a while as he is taking off time to treat backache caused by the accident he was involved in recently. 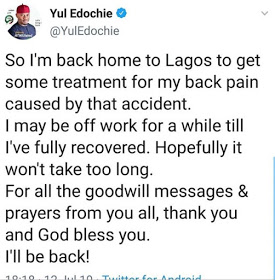 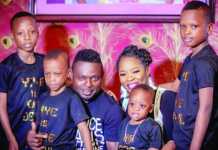