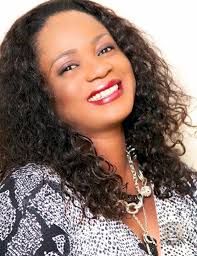 Since the blockbuster interview by Busola Dakolo alleging that she was raped by Biodun Fatoyinbo, a lot of celebrities have taken to her defence.

In a post she shared on social media, Steph Nora Okeke wondered how a lady who claimed to have been raped multiple times was still very close to the alleged perpetrator for many years.

Also Read: ”Your name has been mentioned in both Ese Walter and Busola Dakolo’s cases’- Seun Ajayi calls out COZA Lagos branch pastor

RAPE SAGA ISH
I just want to know how it is possible for a man to rape a woman three different times in a house full of people and not just that, the rape victim continues worshiping in the church , gets wedded by the pastor, gets wedding car gift from the pastor and still stays on till now.

Am so miffed . I walked away from a major film shoot, exited nollywood because of a near rape incident. So am wondering, what is the catch in all these?

The said victim should make it good by also opening up to her husband on anyother gurry incident in her past, not just this. Me rather think someone is trying to cover up something with this ish.
Am sitting n waiting for the end of it.