Popular Nigerian singers and power couple, Adekunle Gold and wife Simi had a Twitter exchange that ended in Simi being given an ultimatum by her husband.

Simi shared a video of a man who rapped all through his wife’s make-up tutorial. Simi tagged Adekunle Gold to the tweet and jokingly compared him to the man.

@adekunleGOLD pls does he have 2 heads? Small rap, you can’t rap. 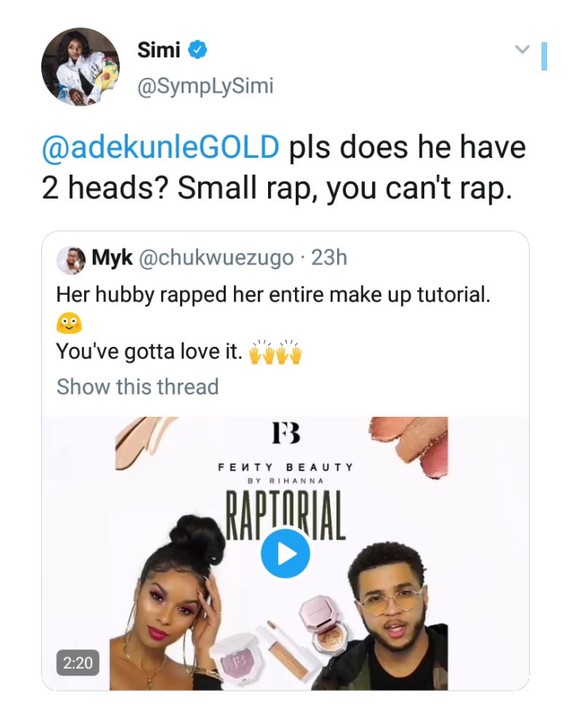 Either you accept that I am just a fantastic singer or go and meet J cole. pick one.?? 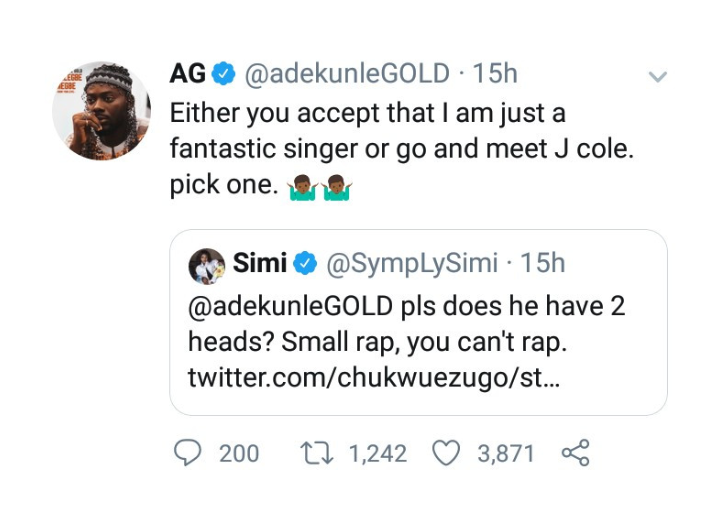 Who is J Cole? I beg he can’t enter the competition. The whole dowry has been paid. 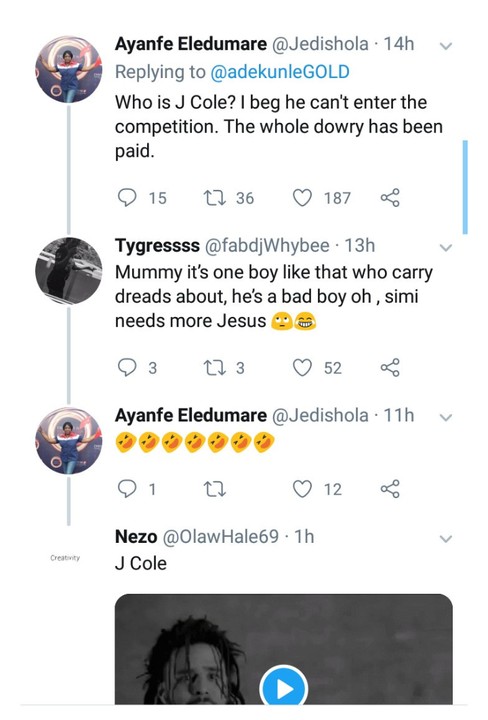