The Confederation of African Football (CAF) offended a lot of Nigerians on Wednesday after the Super Eagles defeated Bafana Bafana to advance to the semifinals.

However, his dance moves were mistaken by @CAF-Online (the official Twitter handle of CAF) as Karate. 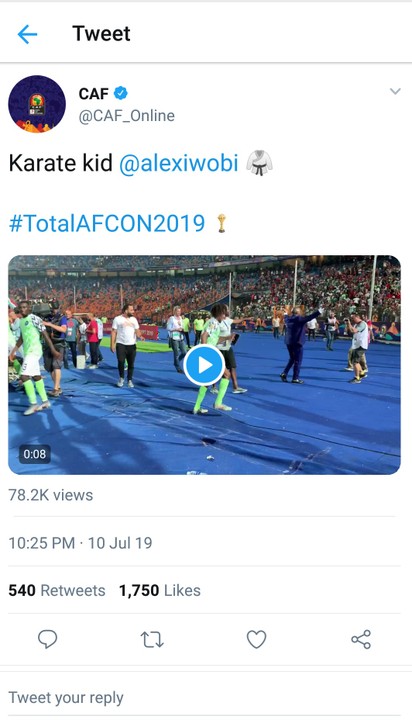 However, reacting to loads of ridicule it has received, the highest football organizing body in Africa humbly apologised by declaring that it is a dance. 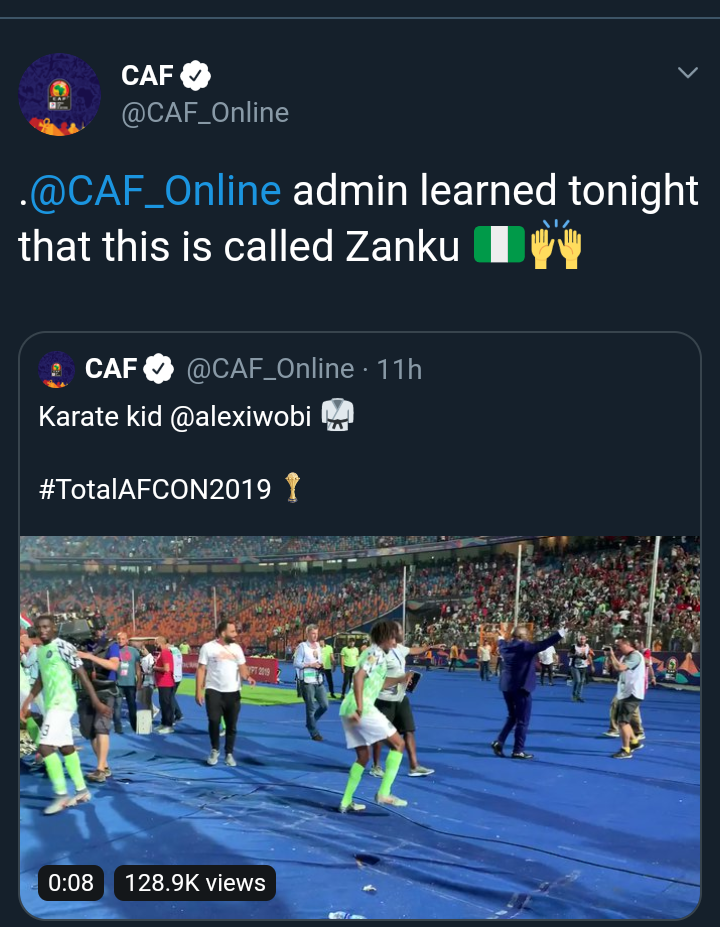