Super Eagles Coach, Gernot Rohr, has made several changes to his starting line-up for the Africa Cup of Nations round of 16 clashes against Cameroon at the Alexandria Stadium.

Kaizer Chiefs goalkeeper Daniel Akpeyi has returned to the starting XI, meaning the only home-based player in the squad, Ikechukwu Ezenwa has to be content with a place on the bench. 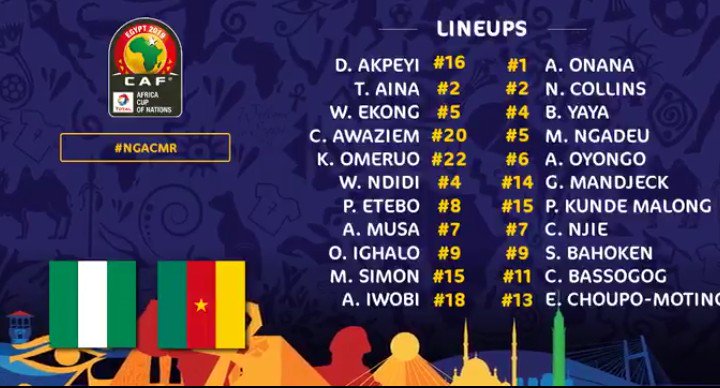 Chelsea Academy product Ola Aina has been an ever-present for the Super Eagles at the AFCON and he will continue in his role as a left-back with Chidozie Awaziem slotting in at right-back, while Kenneth Omeruo partners William Troost-Ekong at the heart of defence.

Wilfred Ndidi and Oghenekaro Etebo will sit in front of the Super Eagles defence, with Arsenal star Alex Iwobi playing as an attacking midfielder.

As expected, Odion Ighalo has gotten the nod to lead the attack and Ahmed Musa and Moses Simon flank the former Watford man.

This starting line up has not gone down well with Nigerians as they lamented the absence of Chukwueze, who dazzled Nigerians in his only match at the tournament against Burundi. 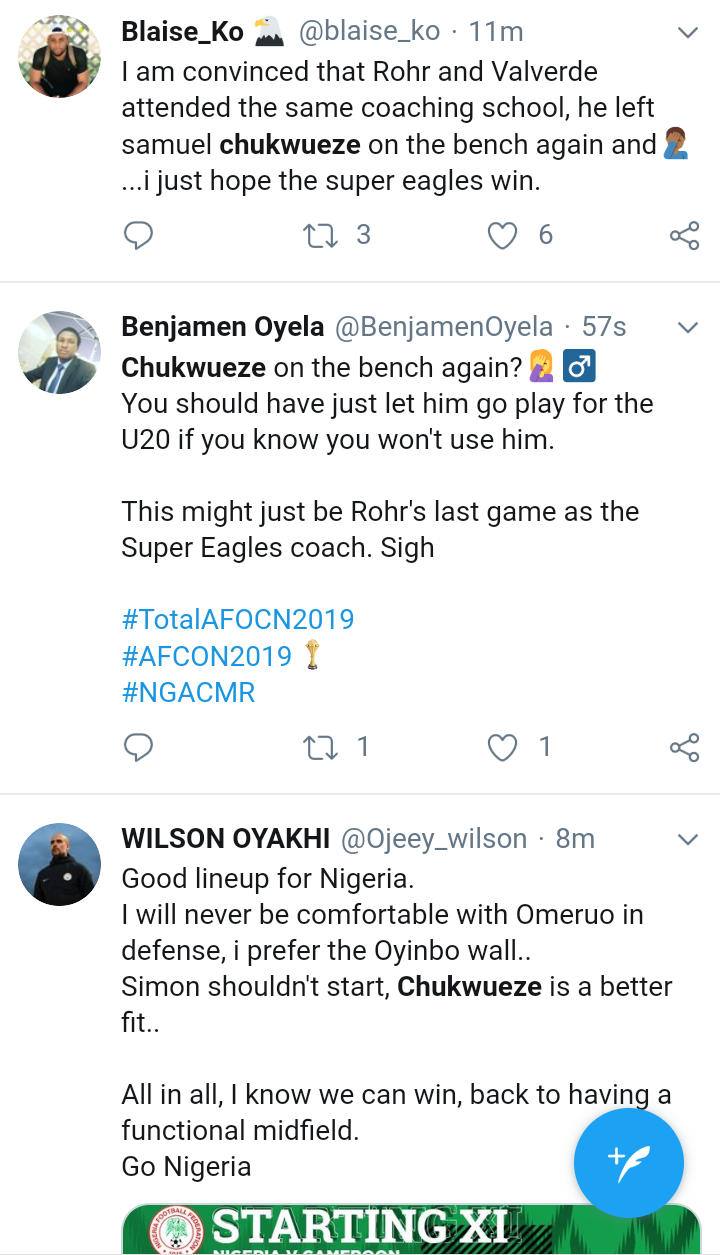 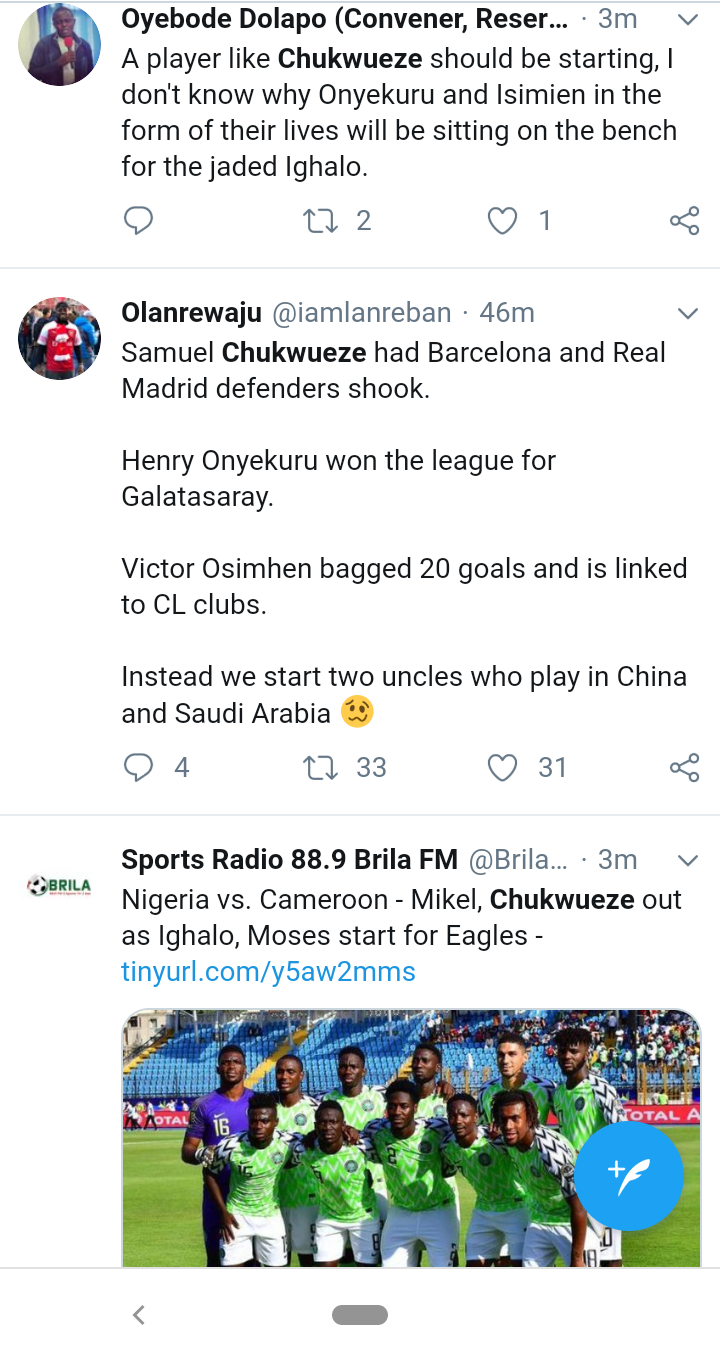 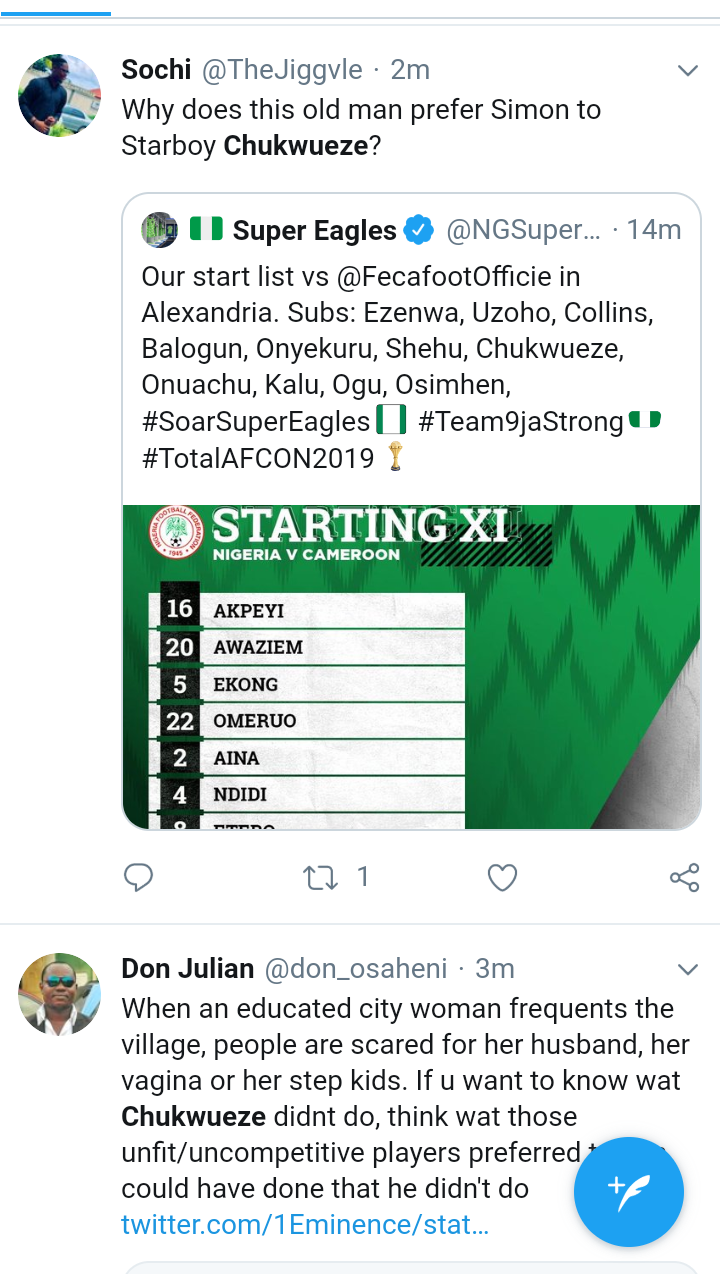 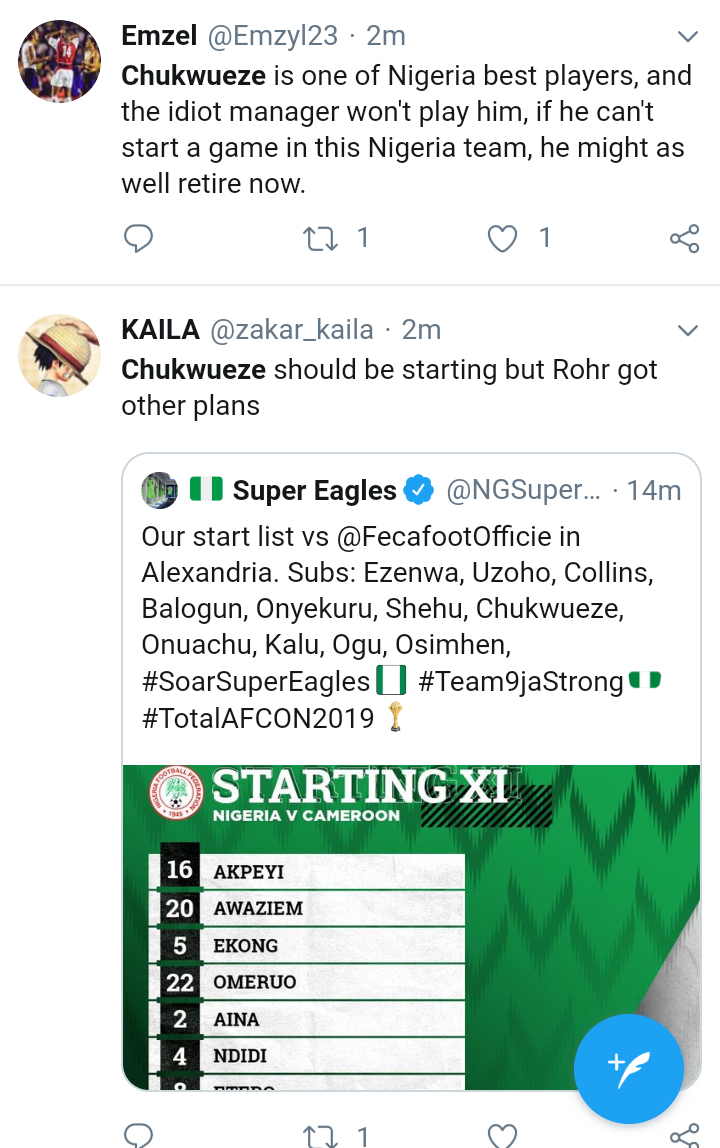