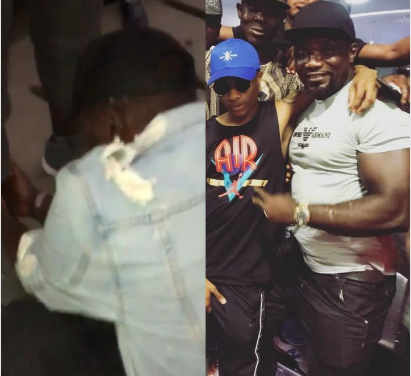 In what would be seen by many as a rude and shocking betrayal, popular Surulere thug, Shoki Shitta, has ditched Davido to pitch his tent with Wizkid after collecting a sum of one million naira from the former.

Recall that Davido gave the popular thug a cash gift of N1m — after a video where he was spotted receiving the beating of his life from a fellow thug, Baruwa Eleniyan, over allegations that he disrespected Wizkid and hailed Davido — surfaced on the Internet.

Well, another video has emerged, showing Shitta bowing to Baruwa Eleniyan, Wizkid’s loyalist who gave him the beating of his life in the first instance.

After Squandering The N1Million Davido Dashed Him Shoki Shitta Bows Down to Wizkid's Loyalist Baruwa Eleniyan!!!