BBNaija housemate, Omashola is definitely out to get one of the new female housemates all to himself.

The Warri pikin had earlier discussed his plans to get close to Venita during his diary session with Big Brother.

“If I go home on Sunday I go cry. This is real now, e go pain me because this is when I actually find someone I could connect with it, so close to where I come from. I am ready to mingle, to give a very good try.

After a long day of working on their Task and welcoming the two new additions to the Gang, the Pepper Dem Gang decided to loosen up with a game of Truth or Dare.

During the game, Venita was dared to give a kiss and Omashola was lucky enough to get a kiss from his crush.

Venita is an actress from delta state, a mother of two and a former video vixen, whose marriage recently ended. 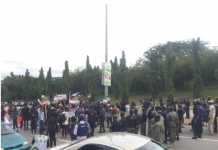 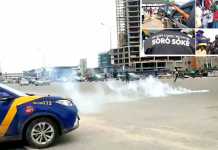