The popular crossdresser has out to blast the male housemates over the sizes of their manhood.

The first shower hour of the ongoing show held on Monday night, July 1, with more than 10 housemates in attendance.

The shower hour which took place at the Jacuzzi was boycotted by some housemates, while the others enjoyed the cool evening.

Also Read: Video: Dino Melaye Gets Angry About The Situation Of The Country, Calls On Senate Leadership To Meet With Buhari Before They Get Stoned

Bobrisky, however, has announced something he has noticed during the shower hour. 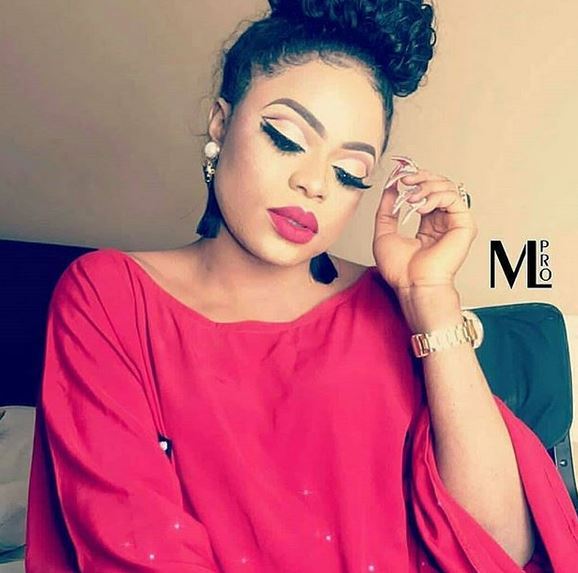 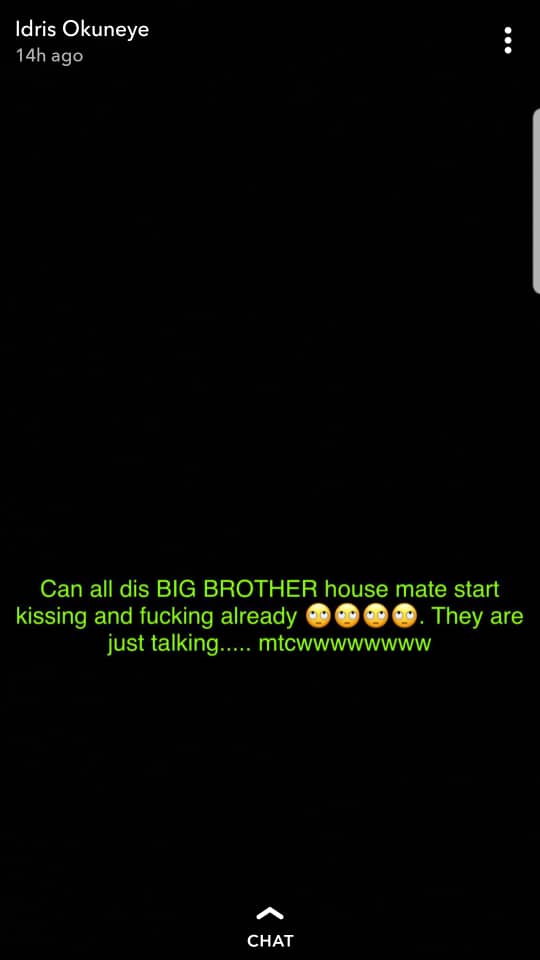 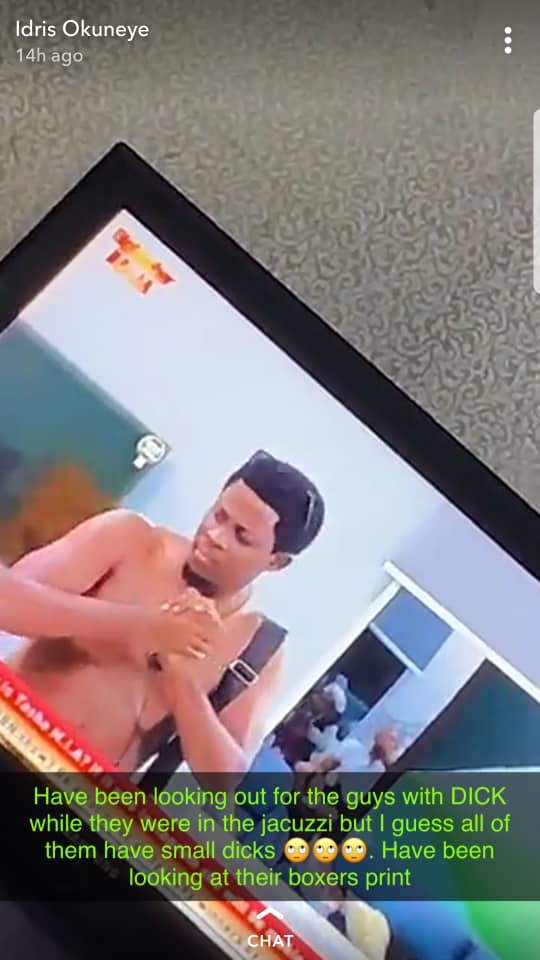