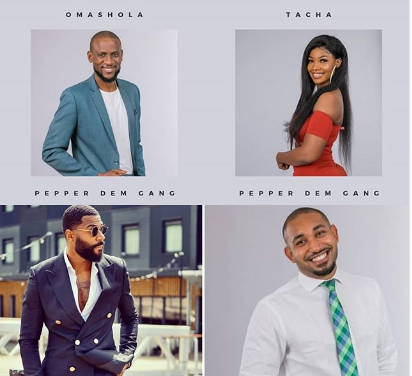 The 2019 Big Brother Nigeria is getting more intense and intriguing as Jeff, Omashola, Tacha, and Mike have all been nominated for possible eviction by fellow housemates.

At least one of the aforementioned housemates will be evicted during the next eviction show which comes up on Sunday.

Currently, there are 14  housemates remaining in the popular television reality show.

The housemate with the lowest number of votes would get evicted during the eviction live show.

Who are you willing to cast your vote for???