Nollywood actress, Daniella Okeke, has taken to her Instagram page to lament about the boringness of the ongoing Big Brother Naija show.

The actress lamented that the ongoing reality show is quite dull as compared to other seasons of the show.

She complained that the housemates are being conscious.

Daniella Okeke also took a swipe at housemate, Mike, who she said is British based, but he speaks American English.

The actress went further to praise former contestants on the show, ranging from the current show host, Ebuka to actor, Uti Nwachukwu. 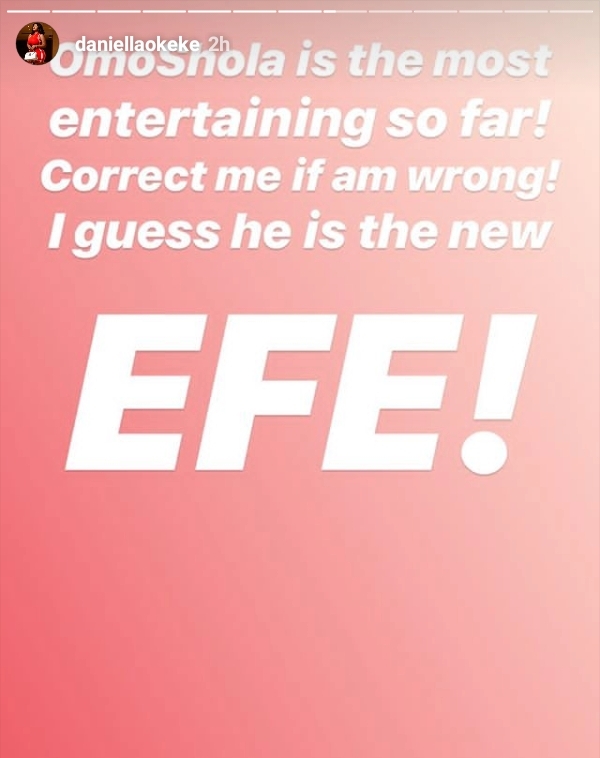 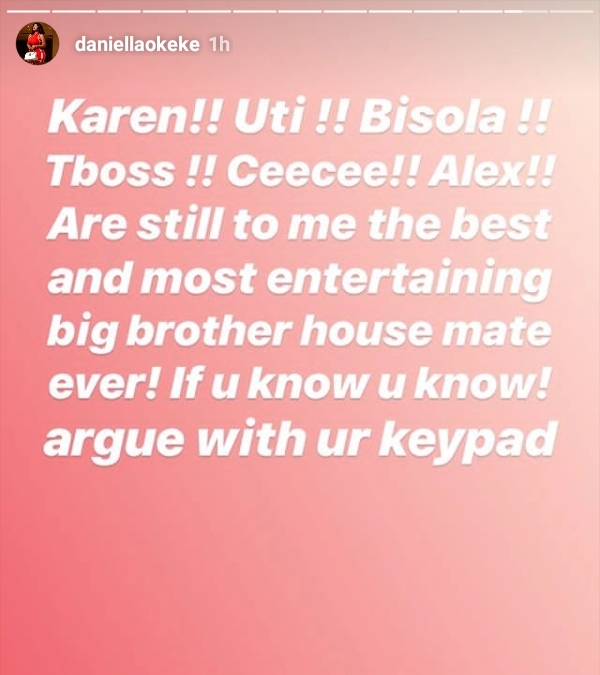 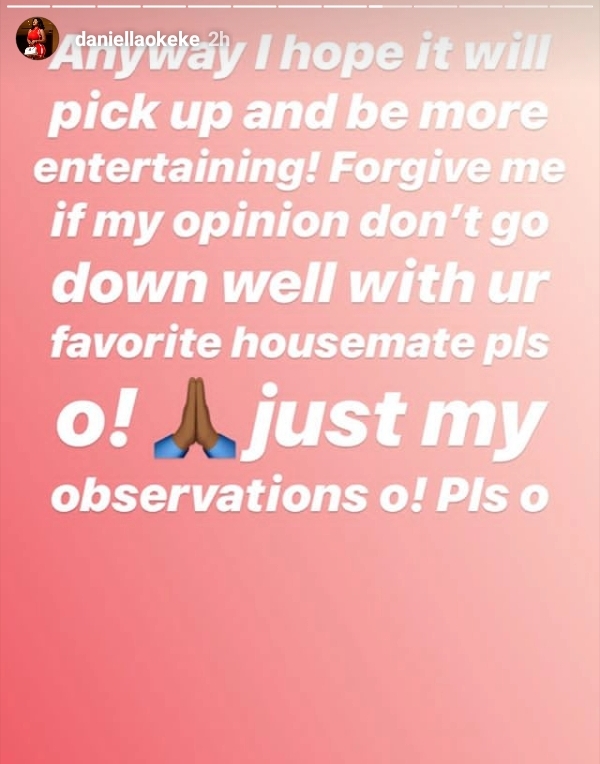 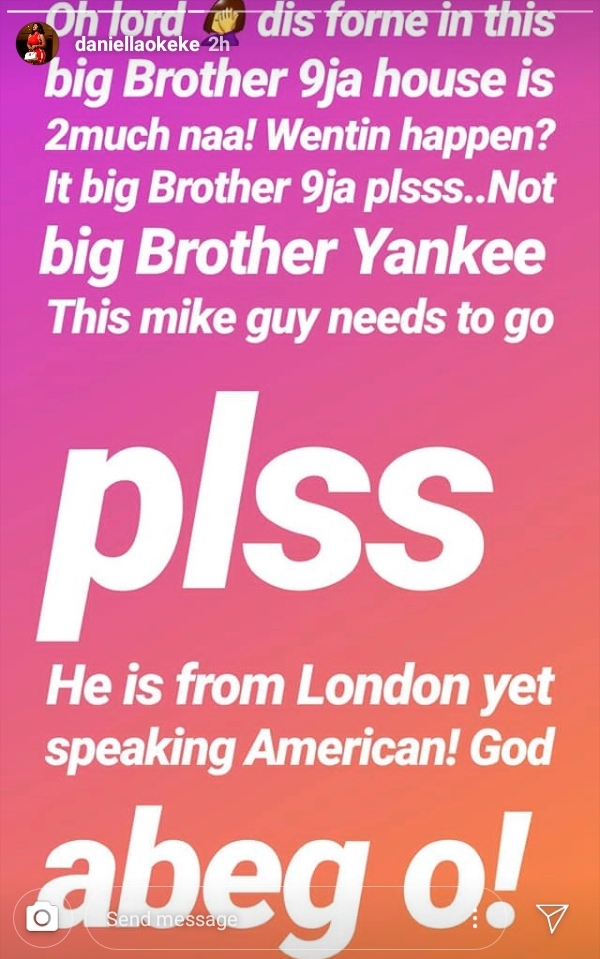 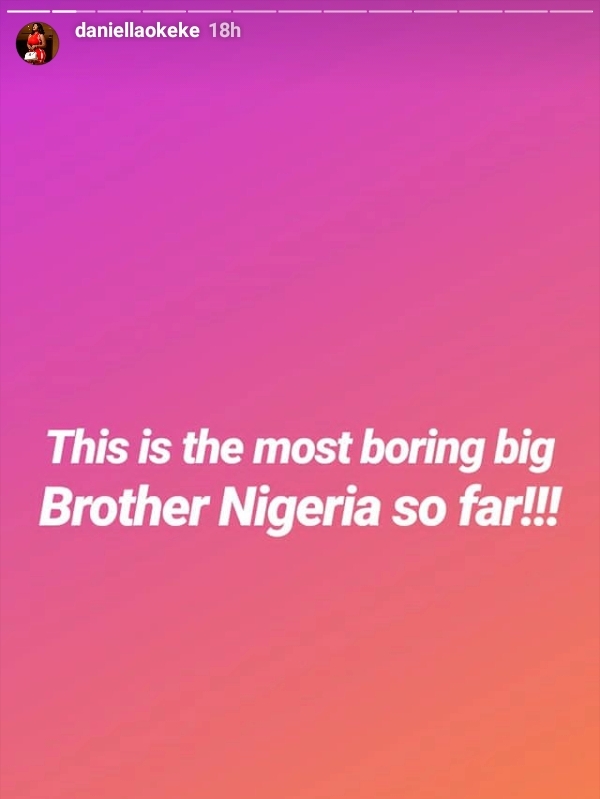 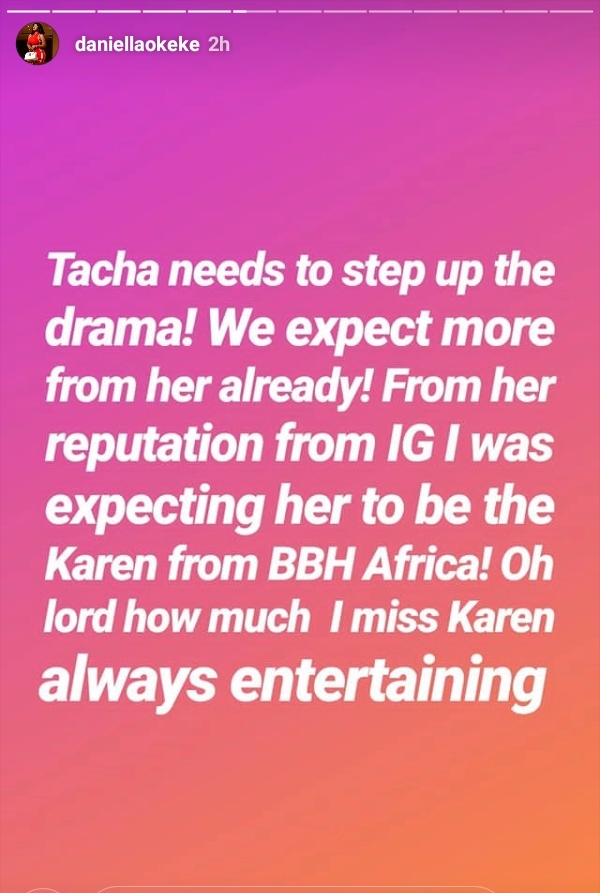 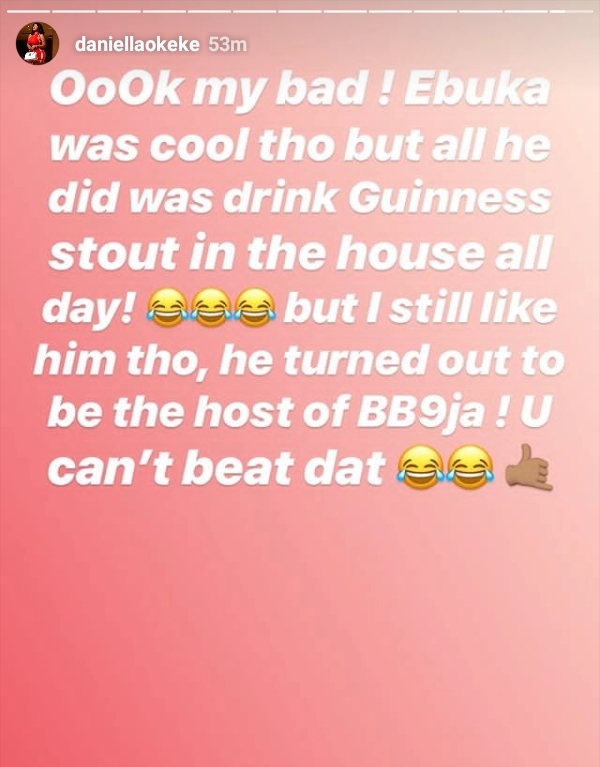 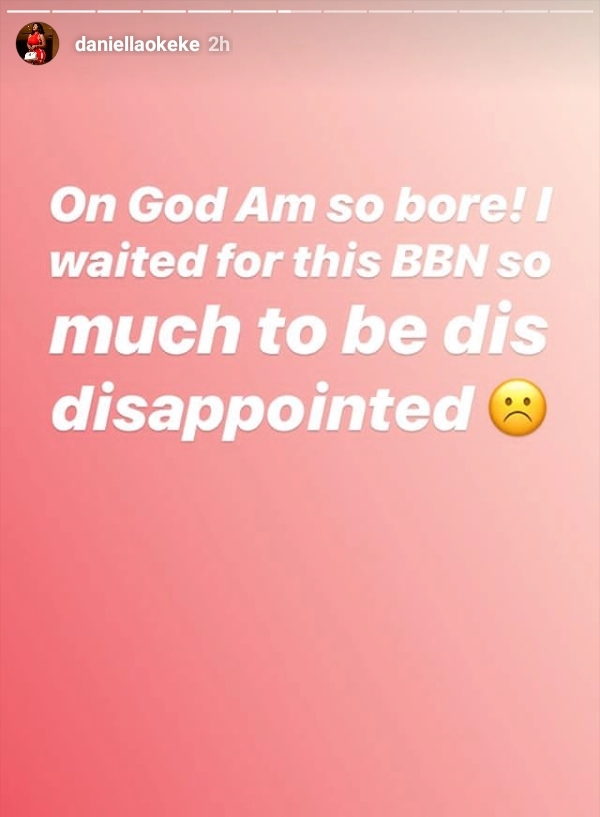