This season of Big Brother Naija is playing out to be real pepper as five housemates have been nominated for possible eviction on Sunday.

The housemates include; Tacha, Ella, KimOprah, Sir Dee and Mercy.

Frodd, who was one of the nominated housemates up for eviction, was asked by Biggie to “save and replace” as winner of the “Veto power challenge”. He saved himself and replaced with Mercy.

Instagram slay queen, Tacha received the highest nomination with eight people putting her up for eviction, and she was followed closely by Ella who was nominated seven times. 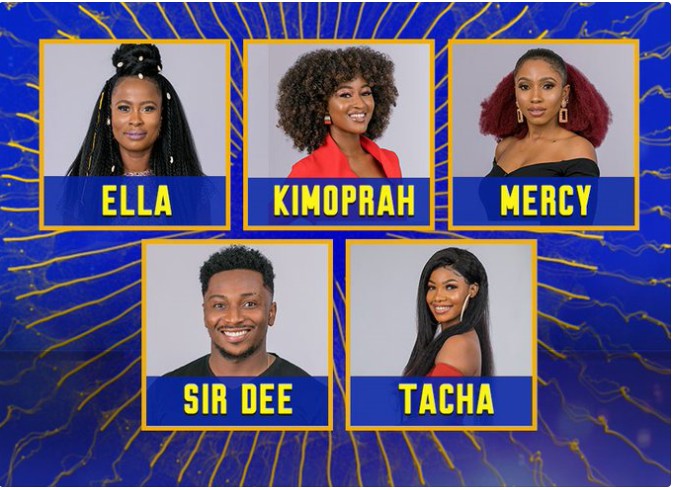