A Twitter user, @ZakeIsC has taken to the platform to accuse Ebuka Obi-Uchendu of picking Big Brother Naija female housemates from the women he’s been intimate with.

The Twitter user also shared a post on his timeline claiming the BBNaija host Ebuka favours “high-class ashawo” for positions in the BBNaija house. He further alleged that Ebuka carried “all Anambra ashawo put in the house”.

However, after making the accusations on his timeline, rather than publicly clear the air, the twitter user slid into the media personality’s direct message to apologize and reveal that he did it for clout and Ebuka exposed his inbox messages.

Ebuka exposed his private chat with the words,

“My life with baseless allegations every season.” 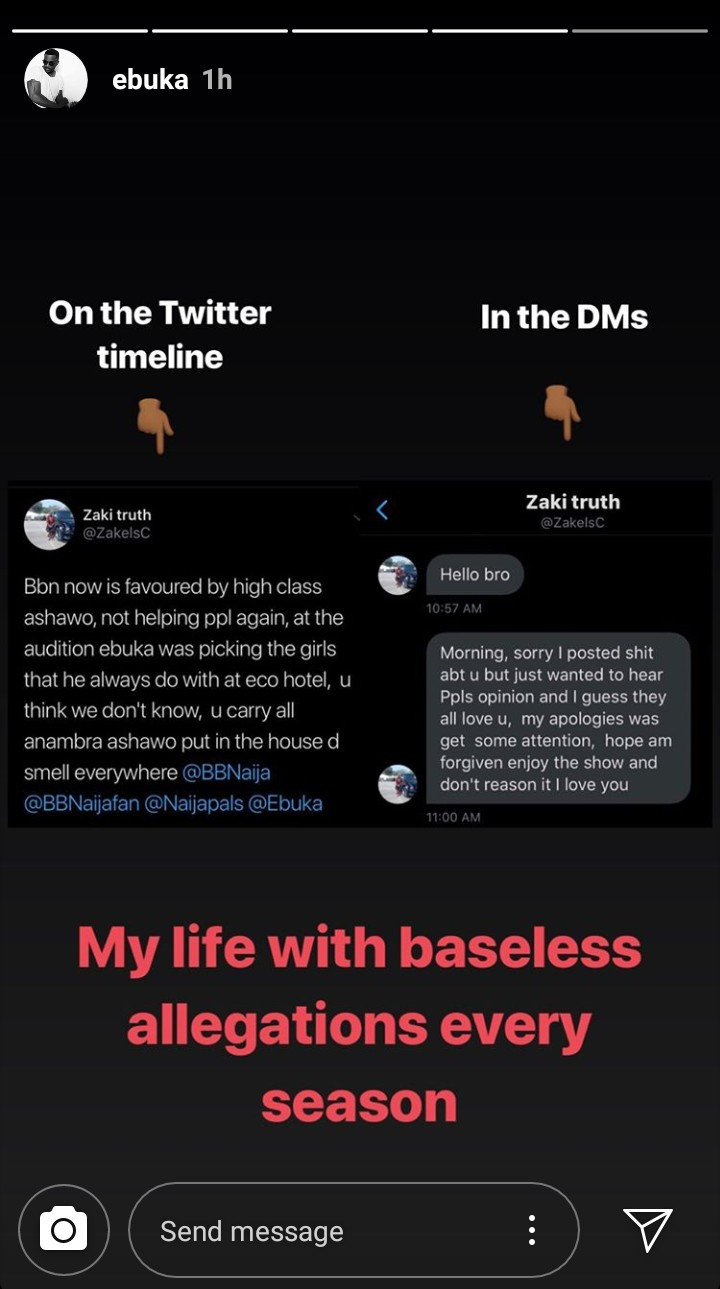