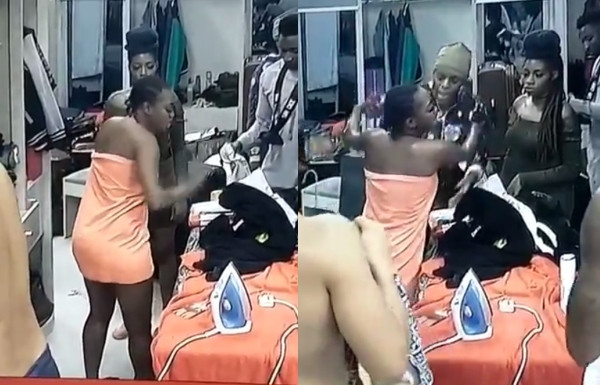 Last night was really one dramatic one at the BBNaija house as many of the housemates were mad at each other.

Housemates Thelma and Omashola had their share of fight after Omashola barged into the bathroom when Thelma was cleaning herself.

Omashola, who was tipsy, was heard saying ‘e no reach fight’ (not enough for a fight) after he barged into the bathroom, a statement that further got Thelma angry.

Thelma was heard saying  ‘your brocus will scatter”.