Sharing the photos, the melanin goddess penned down a lengthy note saying,

“Pay attention!!
In the dept of a calm soul sits a fierce queen. One whose crown 👑 was by the heavenly being, placed in an unreachable place as there is an unusual kingdom to be ruled in an unusual way.
One queen whose calmness speaks peace.
Calmest fierceness ever held together in one body, a body that inspires and speaks a language different from the usual.
In the dept of this calm soul also sits a fragile heart that’s also the sweetest of all as it holds in the fragility of an egg and a bomb at once.
In the dept of this calm soul sits a Universal treasure.
I’m Alex unusual and and I’m that girl that guards this world of imperfect perfection.“

ALSO READ: Mother Causes Scene At Eatery After Seeing Son Who Has Been Away For 5 Years (VIDEO) 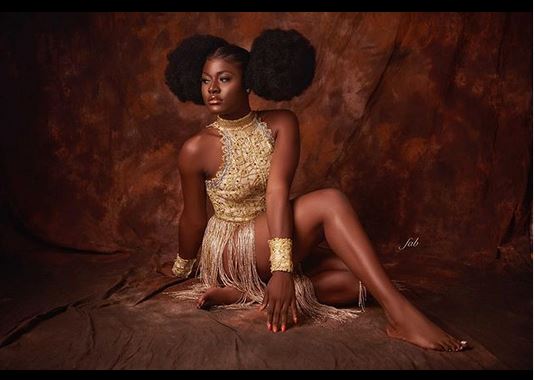 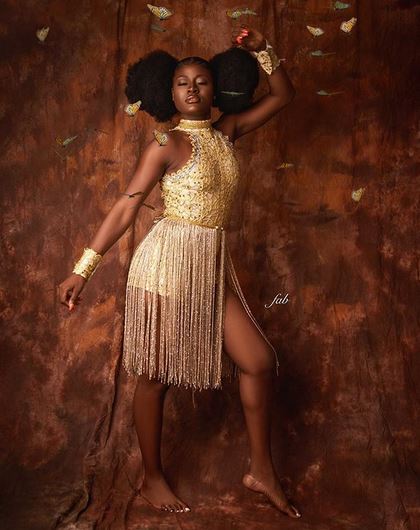